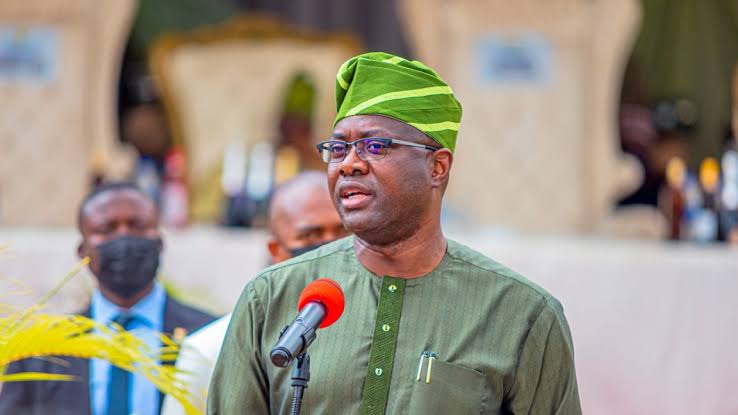 Governor of Oyo State, ‘Seyi Makinde, has maintained that Nigeria has come to a critical turning point where youths and students must lead its rescue plans.

Makinde, who spoke while hosting youths and students’ leaders in an interactive session, said that the youths must be alert politically and come to the forefront where they can take adequate part in in saving the ship of the nation.

The governor, who was speaking during the interactive session held at the frontage of the Presidential Lodge of the Government House, Agodi, Ibadan, warned the youths not to cave in to pressure or pecuniary considerations at this period.

A statement by the Chief Press Secretary to the governor, Mr. Taiwo Adisa, quoted the governor as saying that the youths must reject handouts from politicians by insisting on building a better future for themselves.

He said: “It is a turning point for our country politically and you the youths have to come to the forefront. It has nothing to do with people giving you handouts.

“When I look at everybody, I don’t see you as needy individuals, I see potentials that can turn things around. So, when people give you handouts here and there, it is only for a while but once you can take it upon yourselves and insist you want to build your own future. So, you need to stay together for me and all our candidates in the PDP.

“I can tell you that we have carefully selected people we know that will give opportunities to the coming generation. “Don’t let them come and entice you with money. For us, we will keep this relationship and together nudge our state in a direction of progress and prosperity for everyone.”

He noted that despite several challenges including the COVID-19 pandemic, his administration has done a lot to reposition the state and improve the education sector.

Makinde also stated that the government would continue to encourage students and youths by creating opportunities for them.

Governor Makinde, who equally stated that the government would continue to support Law School students from the state with Busary and also consider all sorts of means to support other students, said he would reinstate the Omituntun Scholarship and Bursary Scheme, under which he, in his personal capacity,  supported thousands of students over the years.

He said: “First, let me say I am also from the home and background – trenches like you but not born with a silver spoon. So, I know where the shoe pinches.

“I am aware that every little thing the students can get can lead to a large impact to make them focus on their studies. I came into government with four major pillars, and education happens to be one of them.

“Before we came in, we underestimated the rot in the system. I met with the Joint Action Committee at Oyo during the electioneering period and made a promise to them that we will focus on education and do our best for our students, lecturers and infrastructural development in our institutions.

“I also promised that I would approach the Osun State government on the issue of the joint ownership of LAUTECH, which was not working. “And, today, I am glad that some of the promises we made, including sole ownership of LAUTECH have been achieved.

“Also, for the first time in the history of the state, we called the JAC when we were going to appoint Governing Councils for the higher institutions in the state.

“The stakeholders within that community and the government all came together as one to chart a course for our institutions in the state, which was the first time. “So, I want to say to you that this administration will continue to have constructive engagement with the students’ union bodies across the state.”

Makinde, who commended the students’ leaders for the role they played in his election in 2019, said that his administration would continue to create opportunities for the youths and also look through their demands.

The governor also promised to reach the student stakeholders with job opportunities and empowerment, noting that anyone who has ideas could also be supported with resources.

He added that the government had already ordered buses for student union bodies across all 17 institutions in the state as well as the zonal bodies.

“For me, any opportunity to give back and encourage you, I will do just that. We are not opposed to giving opportunities to our youngsters. So, you should look forward to more opportunities coming your way.

“I have listened to your demands and I will go through them to be sure we have everything covered. I think the one, which seems to be very common is the Aluta buses. I believe it has been ordered. It is not going to be for just the 17 institutions but also for the zonal bodies.

“You also spoke about bursaries and scholarships but we will keep trying our best. I know that Law students must go to law school and the fees are quite high, and it is just one year that can make or mar them. So, we will continue to give our law students priority.

“Before I became the governor, I was a rich man but getting into government, I became poor. This is because my salary even as a governor is N650,000.

“So, that is why I have not been giving out anything personally. But I think, by popular demand, I will reinstate ‘Omituntun Bursary and Scholarship.’

“On behalf of the government also, we will see what can be done to ensure that others also benefit one way or the other,” the governor added.

He equally promised to allocate a land to the Federation of Oyo State Students Union (FOSSU) for its Secretariat and also make a personal donation towards the building project.