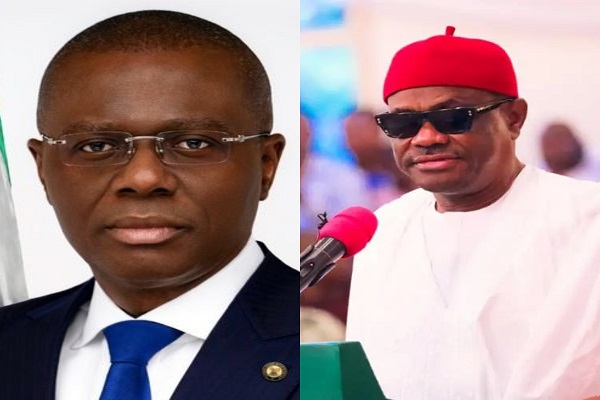 Wike, who has been in a running battle with his Peoples Democratic Party (PDP) over the choice of its presidential candidate, Atiku Abubakar, said Sanwo-Olu of the All Progressives Congress (APC) is their best man for Lagos Governor due to his performance.

He spoke at the ongoing 22nd National Women’s Conference in Victoria Island.

The annual conference, with the theme ‘Spring Forth, Stand Out,’ is organised by the Committee of Wives of Lagos State Officials (COWLSO), and will end on Thursday.

Governor Wike said the involvement of women in politics and decision making in Lagos State is helping the state continue to set the pace.

He also expressed his amazement at all COWLSO was, and promised to replicate all he has learnt from the conference.

As part of support for COWLSO, Wike donated N300 millions to the association.