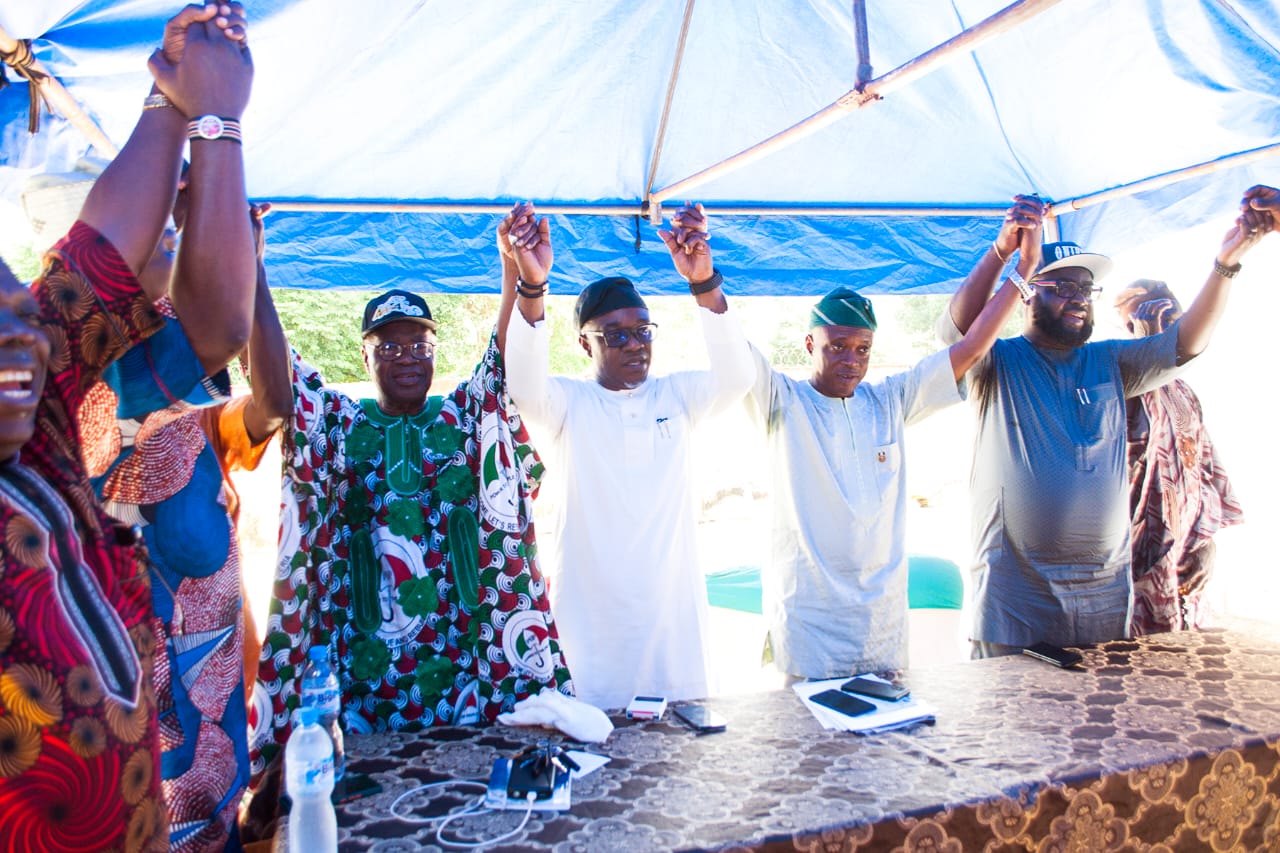 As part of the strategic planning for the 2023 general elections and towards having a strong force of campaign structure the Chief of Staff to the Executive Governor of Oyo State, Otunba Hon. Segun Ogunwuyi on Saturday inaugurated the Joint Campaign Council for the duo of  Oyo North Senatorial Candidate, Hon. Akinwole Akinwale (Wolekanle) and the House of Representatives Candidate for Ogbomoso North, South, Oriire Federal Constituency, Hon. Olufemi Oladokun Onireti.

The inauguration which was performed by the Representative of the Chief of Staff, Alhaji Abdulrasaq Gbadegesin (Agbeti) witnessed the presence of the Chairman of the three Local Governments; Ogbomoso North, South and Oriire, Councilors, all Political appointees and eminent leaders of the party.

Ogunwuyi in his remark said, “it is very sacrosanct to ensure that  PDP win the 2023 general elections and there is a need for all members of the party to work together as team. It is on this premise that the Joint Campaign Council is being inaugurated today and members are:

While speaking on behalf of the Joint Campaign Council, Prince Felix Akande thank the leadership of the party for the great initiative and he promised that the council will not take their mandate for granted as they will ensure that they work with members of the party  tirelessly to deliver excellent results.