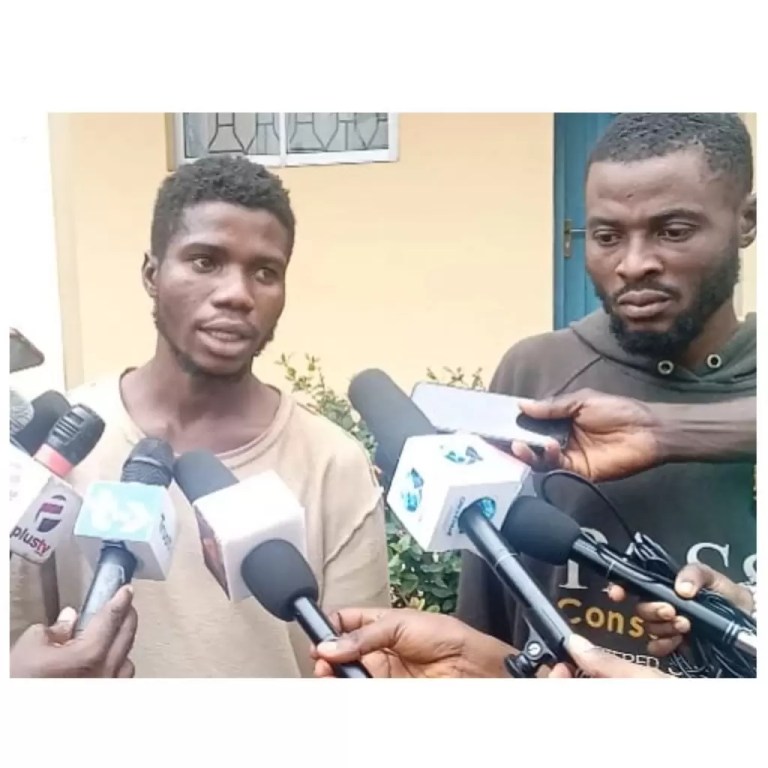 The duo were arrested after a case of missing person was reported at the B Division Modakeke on August 7, 2022, the Osun police spokesperson, Yemisi Opalola during a suspect parade at the Police headquarters Osogbo on Tuesday, disclosed.

“Immediately, preliminary investigation was carried out and one Wahab Hammed friend of the missing person, one Oguntade Wasiu now deceased, was arrested in connection with the case.

“Consequently, the case was transferred to the Anti-Robbery section of the Command State Criminal Investigation Department for discreet investigation and swiftly the team extended its investigation tentacles to Alaro area of Modakeke where one Adegoke Ayobami was arrested on 12/8/22,” She said.

Opalola revealed that the suspects and the victim were friends and internet fraudsters, saying that they would be charged to court as soon as the investigation is concluded.