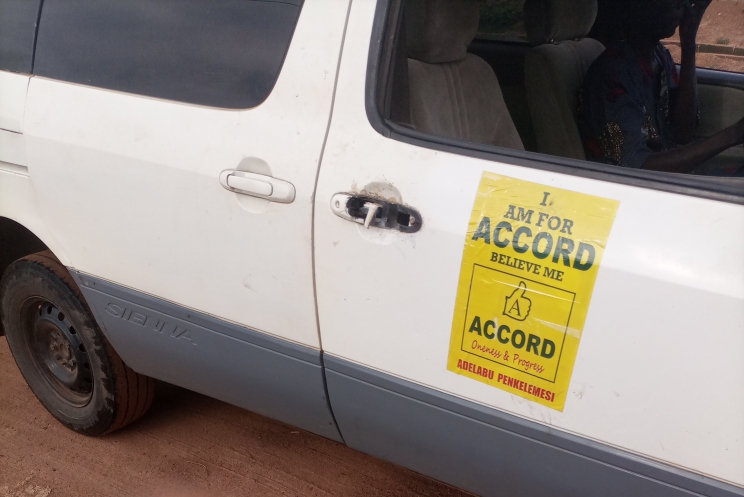 The candidate of All Progressive Congress in 2019 gubernatorial election, oloye Abdulwheed Adelabu penkelemesi, has retrieved his 2019 campaign vehicle back from APC, MOUTHPIECE NGR reports.

Adelabu, who is now candidate of Accord party for the forthcoming 2023 gubernatorial election in the state, dumped APC for Accord after loosing the primary election to Senator Teslim kolawole Folarin.

The emergence of Folarin as APC candidate has thrown the party into disarray as many political juggernauts, elders, stalwarts are dumping the party for another.

It was gathered that some of his loyalists(Adelabu) who refused to dump APC for Accord was forced to return the campaign vehicle.

Adelabu, who has been throwing banter to the APC candidate over the primary election, had severally called the candidate of a APC, a political bandit, jagba on a radio live program in Ibadan.

MOUTHPIECE NGR learnt that some of his campaign buses which was APC assets before and had been forcefully retrieved back.