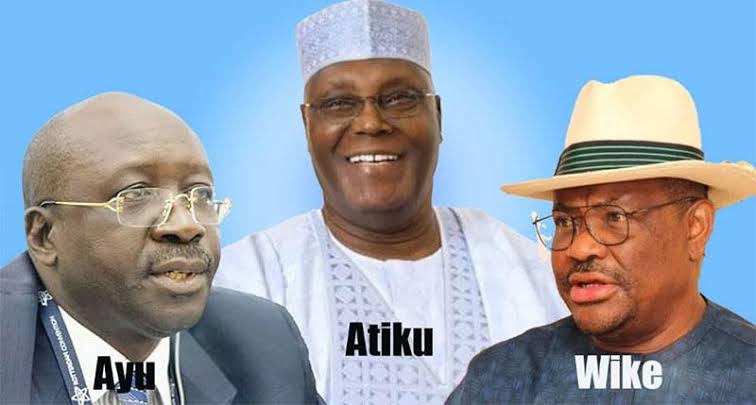 Oyo PDP chieftain, Dare Adeleke has described the resignation of the party BoT Chairman as magnanimous, an indication of an honourable man of integrity who is willing to sacrifice for good of  the party, however Adeleke who is also Chairman, Oyo Pacesetters Transport Company says the south is not interested in BoT chairman.

Adeleke in a statement issued in Ibadan Wednesday,  congratulated the BoT chairman, Senator Walid Jibrin for being a strong pillar of the party but advised Jibril to wait until his tenure ends in November.

Adeleke seized the opportunity to again call on the Nation Chairman of the party, Senator Iyorchia Ayu to do the right thing and resign immediately.

Adeleke said: “I am of opinion that the National Chairman Senator Iyorchia Ayu must as a matter of patriotism follow suit and resign with immediate effect”.

Adeleke stressed that “despite the fact that the BoT chairman did not make any promises to party members and Nigerians in particular, he tendered his resignation unlike Ayu whose emergence was premised on the fact that he would resign if the presidential candidate emerged from the north”.

“I implore Senator Iyorchia Ayu, to resign his position to pave way for a Southern extraction  National Chairman.” He said.

“I have no doubt in ability of our presidential candidate, Alhaji Atiku Abubakar to advice Iyorchia Ayu to resign.  His egomaniac posture will take party to nowhere”.

Adeleke commended the  National Working Committee from South West that staged workout to rescue the party stressing that the South is not interested BoT chair.

“We all know that BoT chairmanship comes to an end in November. We believe Sen. Jibril should finish his term. We are not interested in BoT chairmanship but National Chairman. The South will not compromise.