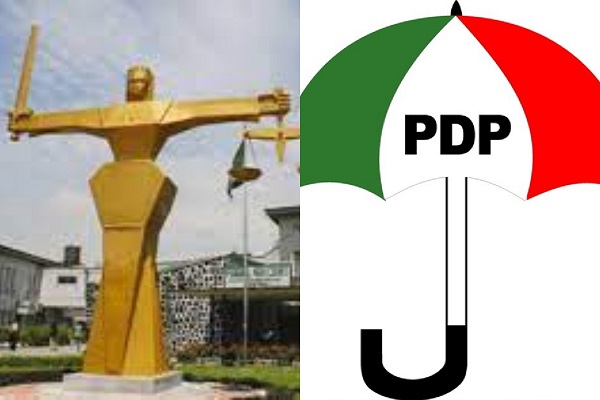 The Supreme Court has struck out a suit which challenged the refusal of the People Democratic Party (PDP) to stick to its zoning policy in the nomination of its presidential candidate for next year’s election.

A five-member panel of the court, in a judgment on Friday, held unanimously that the court lacked the jurisdiction to hear the suit.

In the lead judgment read by Justice Adamu Jauro, the court agreed with the lawyer to the PDP, Mahmud Magaji (SAN) that the issue of nomination of candidate for election was internal to the political party.

It also held that issues raised in the suit were not justiciable on the grounds that the nomination of candidates for election is an internal affairs of any political party.

The judgment was on an appeal by a presidential aspirant of PDP and former Deputy Abia Speaker Cosmos Ndukwe.He had prayed, among others, for an order to compel the PDP to uphold its zoning policy as enshrined in the party’s construction by nominating a southern candidate.