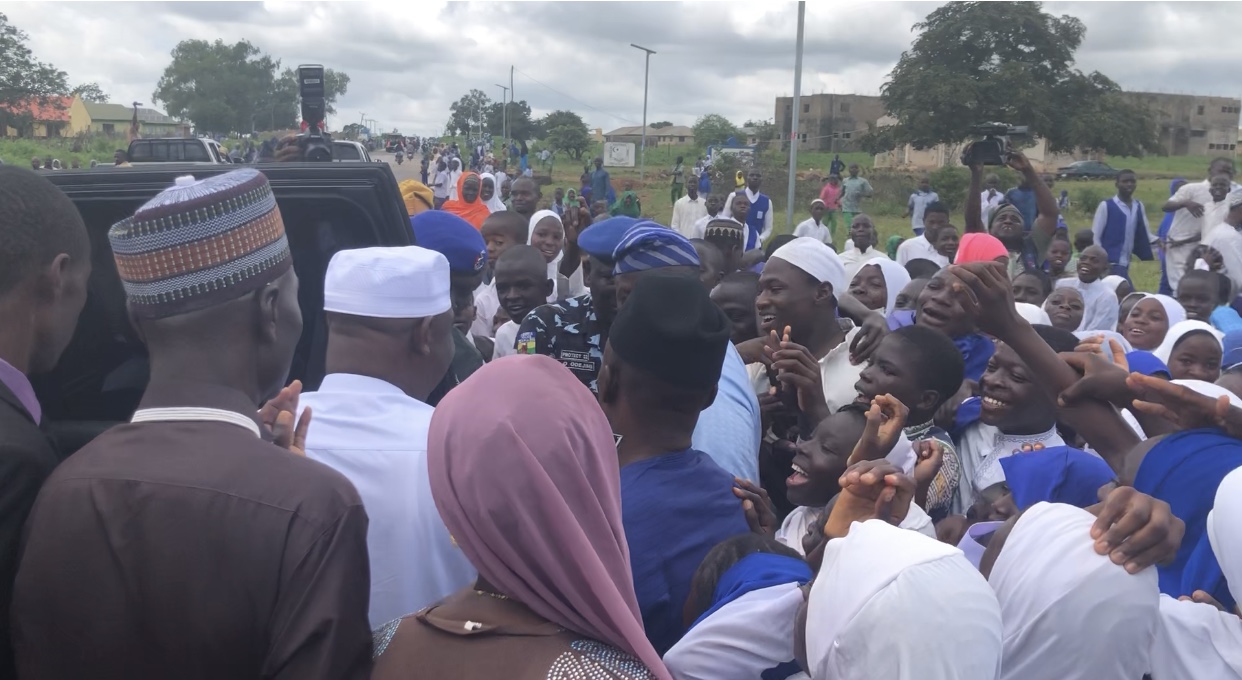 Recall that MOUTHPIECE NGR had earlier reported that the town was agog with jubilation as the crowd of kinsmen and associates of the Aare Bamofin of Kishi land sang and danced from the entrance gate, where they had waited for him, to his house.

Lawal, who was caught unaware by the multitude of students at the town roadway, waved his hands in high humility to express his deep appreciation.

The crowds erupted into a loud and long session of praise songs and prayers as the long convoy is moving to mosque for Juma’t prayer.

Apparently, the crowd awaited a rousing speech from Lawal with the stop over, but could only acknowledged their thundering cheers with a smile and waves from the children who had managed to squeeze themselves for a hand shake.

As at the time of filling this reports, the deputy governor is already on his way to mosque to thank Allah for the opportunity given to him by Governor Seyi Makinde.