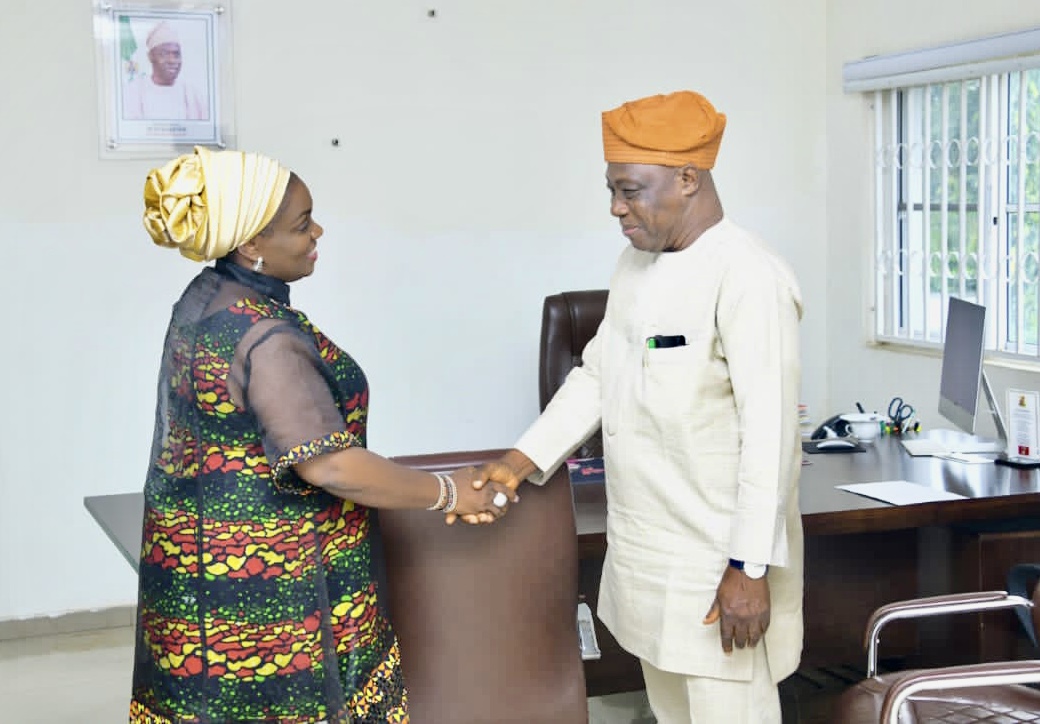 The First Lady, who had earlier sent Lawal, a formal chairman of Oyo Housing Corporation, a message of congratulations on his new position while she was on vacation abroad, enthusiastically welcomed him at her office on Tuesday evening.

Even though the purpose of the meeting was unknown, but might not be unconnected with the planned civic reception by Kishi Progressive Union scheduled for Saturday, September 24, 2022, Kishi, to commemorate the appointment of their illustrious son as the deputy governor of Oyo state.

Makinde’s wife is expected to serve as the mother of the day whilst former Oyo SSG, Chief Michael Adeniyi Koleosho, would serve as the day’s chairman including Engr Alhj. Dr Moshood Oyekola Aweda Lawal Arowoduye 11 Jp as the Royal father of the day.

The ceremony which promises to be one in town would also include Oyo top government functionaries, Royal fathers and noble stakeholders in Oke-Ogun and the entire Oyo state.