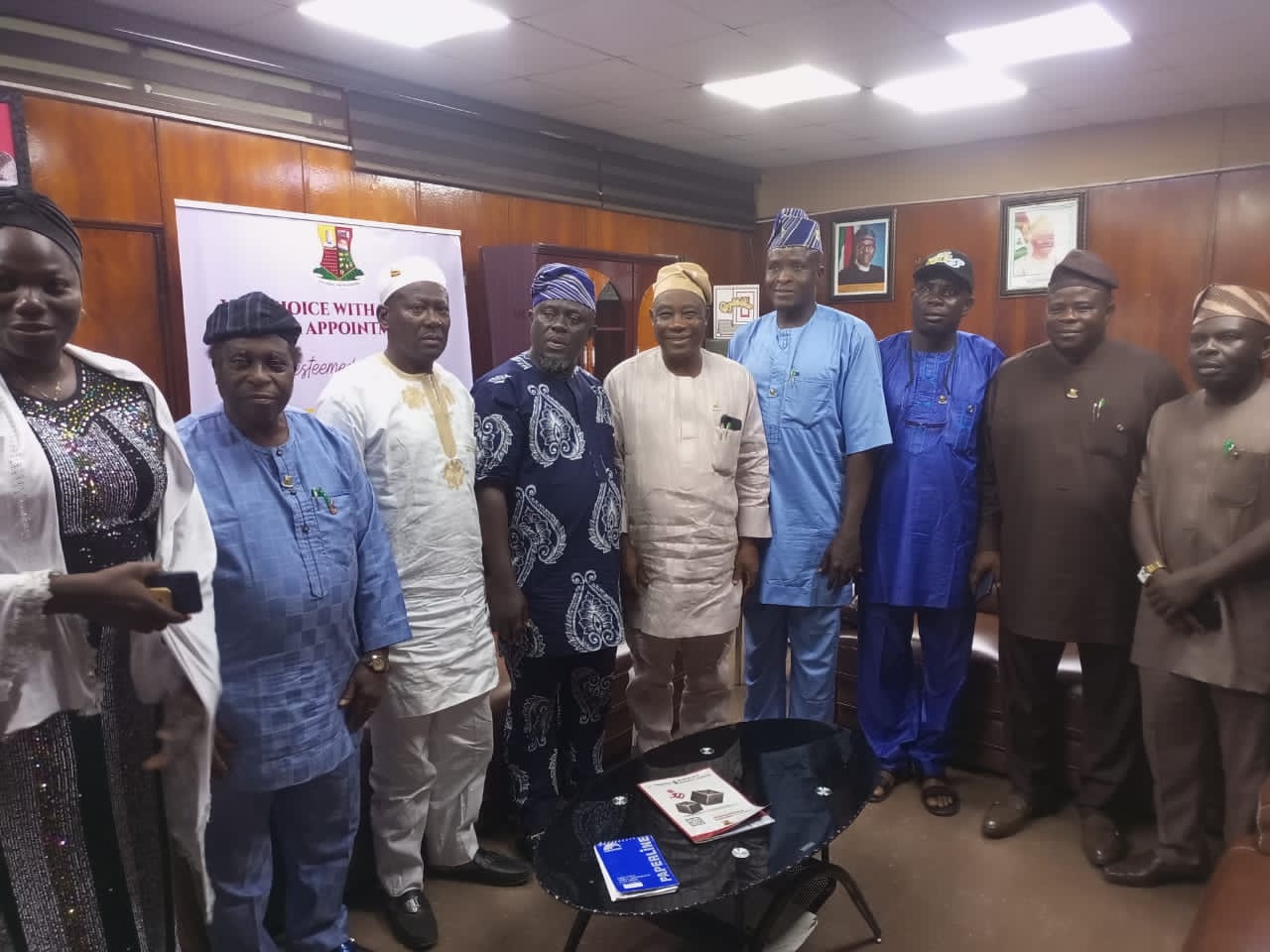 Oke-Ogun Chapter of the Association of Local Governments of Nigeria, ALGON, has described the deputy governor of Oyo state, Barrister Adebayo Abdul-raheem Lawal as a tolerant, accommodating and an exemplary leader, MOUTHPIECE NGR reports.

The chairmen of the 10 local governments in Oke-Ogun zone stated this Wednesday when they made a courtesy call to the office of the Deputy governor in Agodi secretariat, Ibadan.

Led by its chairman, the Executive Chairman of Iwajowa local government, Hon Oyinloye Jelili Adebare told newsmen that they have come to see their father after having a closed door meeting with him.

On the political atmosphere in Oke Ogun since assumption of office by Barrister Bayo Lawal as Deputy Governor,  Hon. Adebare insisted, ” if I want to speak the truth the difference Is clear, unlike before.

“People love our father, our traditional rulers, Christian association members, League of Imams all from Oke Ogun and even people from abroad had come to visit him, since his assumption of office. Bayo lawal is competent, accommodating and lovable”.

Adebare added that the deputy governor is well-liked by influential people in the entire Oke-Ogun zone and that the purpose of the gathering behind closed door is to plan ahead for the upcoming election.