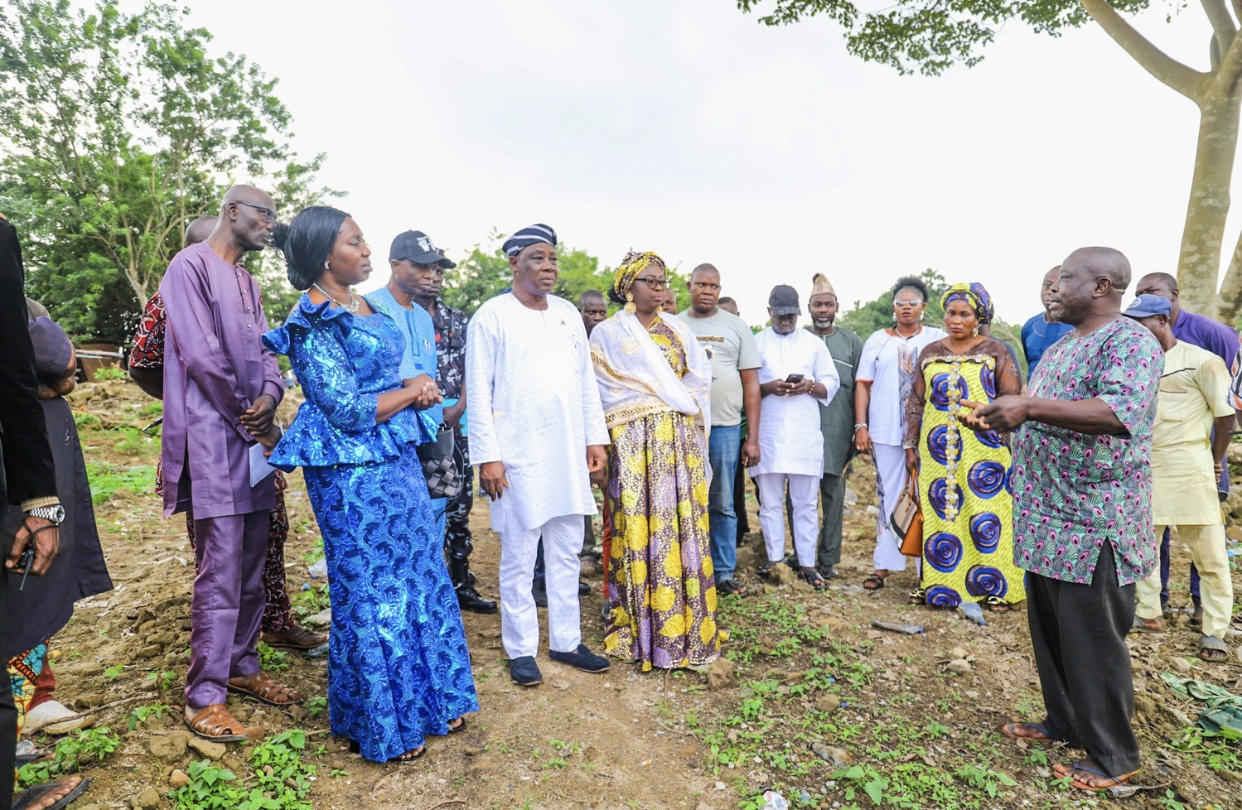 The Oyo State Government has warned that those who use illegitimate tactics to acquire land in the state will be prosecuted, MOUTHPIECE NGR reports.

The acting governor of Oyo State, Barrister Adebayo Abdul-raheem, gave the warning on Saturday after inspecting about 10 acres of Oyo State government-owned land at Dominican University in Samonda, Ibadan North, which Hon. Lekan Afuye, the former chairman of Ibadan North East claimed to own.

Lawal said that the Makinde-led administration will bring legal action against anyone found threatening the state’s peace and dishonoring official properties without a valid ownership document.

MOUTHPIECE NGR reports that the former council boss on Thursday directed some operators to the property where they destroyed roughly about 8 buildings.

The head mechanic at the site, who simply identified himself as Gbenga to our correspondent, narrated how Hon. Afuye intimidated the site’s workers and dispatched bulldozers to destroy buildings on the land.

But on Friday, Agba Egbe, the current chairman of Ibadan North West, intervened and halted the destruction by requesting that the operators should provide an original copy of the paperwork proving their ownership of the site to the Oyo state government.

Afuye and the operators were later detained for interrogation till  Monday after being arrested, according to Gbenga.

While speaking with reporters shortly after touring one of the structures vandalized by the land grabbers, the acting governor emphasized that it is land grabbing when someone asserts they are the owner of roughly 10 acres of land for private use without providing any documentation to support their claim.

He stated that it is improper for the land grabbers to destroy Oyo State properties and issued a warning to stop doing so because the government is fully prepared to deal with offenders.

“Oyo State has an anti-land grabbing law, and we will utilize it to deal with anyone attempting to trespass on or claim Oyo State properties.

“This 10 acres of land belongs to Oyo State Government. Even if the land hasn’t been developed yet, it is improper for anyone to claim ownership.”

Lawal said that the fence enclosing the property was likewise built by Akala’s administration, indicating that the land is Oyo state government property.

He added that he was reliably informed that MKO Abiola also contributed to this building in 1991 for the advancement of women development.

The acting Governor praised the mechanics for notifying the government at the proper time and said that the law will use the incident as a lesson for anyone else who might be considering claiming property that doesn’t actually belong to them.