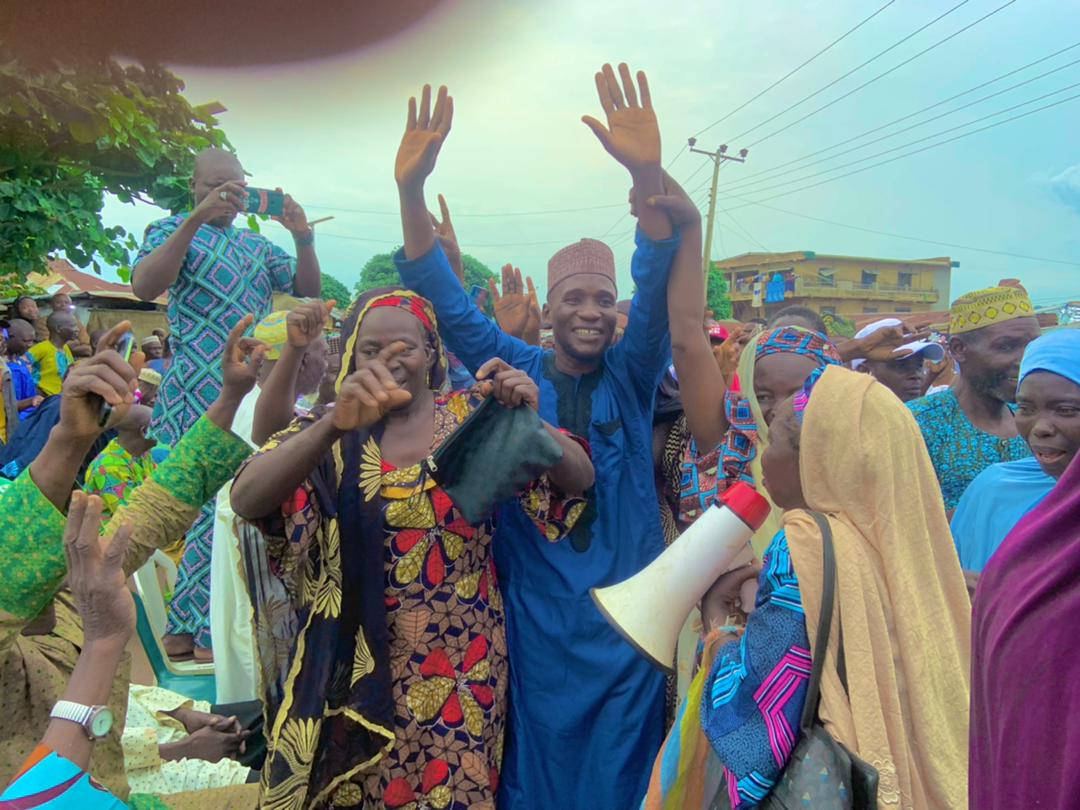 The Peoples Democratic Party in Irepo Local Government has received scores of defectors from the All Progressives Congress APC including prominent leaders of the party in the local government, MOUTHPIECE NGR reports.

One of the defectors harvested from the APC was a leading APC aspirant for House of Assembly, Irepo/Olorunsogo State constituency in 2023 general elections, Hon Ganiyu Rasak Oladele.

MOUTHPIECE NGR understands that Oladele was House of Assembly aspirant in 2011, 2015 and 2023 respectively under the All Progressives Congress.

They said their party is seriously working towards the re-election of Governor Seyi Makinde and other candidates, promising to deliver bloc votes for the party in the coming general election.

They declared that the defectors were the first batch, adding that more batches were still coming to join PDP very soon.

Oladele, in his departure speech, said he’s one of the righteous stalwart and longest serving member of APC political party in Irepo Local Government, Kishi, who proffered solutions to areas where other members were locked down with impossibilities.

He said that he’s dumping the party for PDP due to the injustice of the highest level melted on him in the last kangaroo primary election organized by the party in Oyo state.

“It is a usual tradition of the party to always deny people of impeccable characters and credentials their rights to be treated with fairness. Rather, the highest bidders and those with huge financial pockets usually conquered all the times.”

“I contested the primaries for state House of Assembly in the following years: 2014,2019 and 2023 respectively. In fact, the party has lost leaders pf genuine sense of responsibilities and integrities and are still losing because no mechanism has been put in place to build responsible human being”.