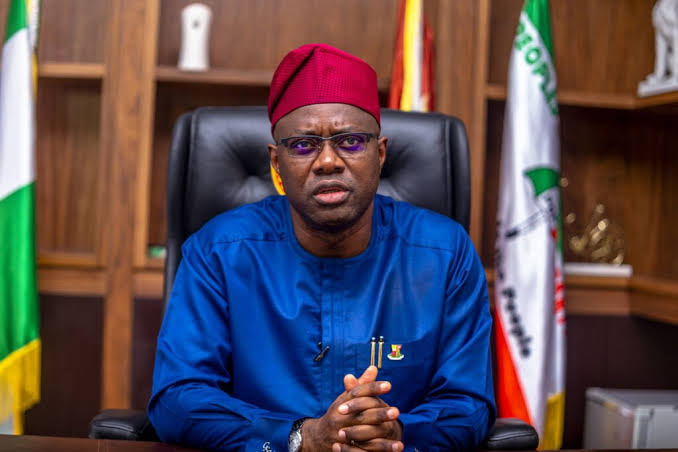 The Joint Action Committee of SSANU, NAAT and NASU of LAUTECH, Ogbomoso have disclosed that the Executive Governor of Oyo State, Seyi Makinde did not have adequate information about the university on the current issue at hand, Mouthpiece NGR reports.

The union stated this in a communique made available to Mouthpiece NGR on Monday shortly after its congress held at 750LTH.

They said Governor Seyi Makinde has been making haste decisions on their affairs which make it important for them to address the governor through an official letter.

Part of the communique read: “JAC at her Congress of June 6, 2022 after long deliberation in reviewing the on-going national strike in our public universities vis-a-vis the comment of the Executive Governor of Oyo State, Engineer Seyi Makinde as monitored on BCOS radio programme “E pade Gomina” on Saturday, June 4, 2022 where he unequivocally stated that his government is not owing the staff of the university and on such classified us ingrates for not being appreciative enough of his “supposed” magnanimity to the university, since the inception of his administration in Oyo State.”

“We wish to state categorically clear that Mr. Governor did not have adequate information about the university therefore, has been making haste decisions on our affairs.”

“It is in the light of this that we are releasing this communiqué to properly and accurately inform Mr. Governor and the general public as follows:

1. The current industrial action embarked upon by JAC, LAUTECH is a national strike which it is mandatory that all branches of JAC nationwide should participate, hence JAC LAUTECH Branch is complying with the national directives accordingly

2. As at present JAC LAUTECH members are being owed the following:

iii. Promotion arrears from 2012 to date;

3. The incursion of the Visitor into the management of the university without listening to the unions and making recourse to the extant laws of the university as it guides the position and functions of the visitor is worrisome and left the university under an autopilot system which is leading us to nowhere

4. The unconscious position of the visitor as noted above might result into subtle incitement of the student body against the staff of the university which might be considered counterproductive

5. The Executive Governor is implored to reconsider his composition of the Governing Council and in effect put in place a substantive Vice Chancellor that can be held responsible for the day-to-day running of the university administration productively.

That JAC LAUTECH has unequivocally resolved that pending the time the Governor will be ready to address the myriad of problems confronting the university especially staff welfare, the Governor can hold on to the subvention. The treat to hold the subvention cannot truncate the legitimate ongoing national strike in our branch.