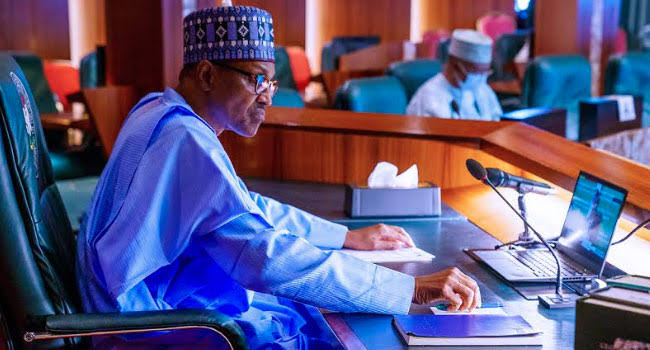 President Muhammadu Buhari has told Northern APC governors that he has not endorsed any of the 23 aspirants seeking to be the presidential candidate of the APC, an official has said.

Briefing journalists after the meeting, the Plateau State Govenror, Simon Lalong, disclosed that the president, instead, directed that governors of APC-controlled states meet with the National Working Committee of the party, to fine-tune modalities for the selection of the presidential flag bearer of APC.

“The president told us that for the APC presidential primaries, he has no anointed candidate and therefore directed that the Progressive Governors’ Forum meet with the National Working Committee of the party to agree and proffer further solutions and recommendations for his successor.

“And based on his directive, the Chairman of Progressive Governors’ Forum has summoned a meeting for 5:00 (local time) today, after which we will make further suggestions to the President,” Mr Lalong said.

The Plateau governor added that the governors were at the Presidential Villa to apologise to the president because they met at the weekend and took a position to support power shift to the southern part of the country in the spirit of fairness but before they could convey their position to the president, the matter got leaked.

Also speaking, the Kebbi State Governor, Atiku Bagudu, said the stance of the northern PDP governors that power should shift to the south was for fairness.

“We looked at the totality of the issues in our country and we believe APC with a President that has delivered democratic dividends across the breadth of the country and 22 Governors, has everything going for it.

“What is the political brinkmanship that we need to bring so that every component of Nigeria will feel important. It is to allow opportunity for other parts of the country. And this is a step that will bring more peace and resonate with every part of Nigeria,” he said.

Also speaking, the Kaduna State Governor, Nasiru El-Rufai, said out of the 14 governors of APC states in Northern Nigeria, only one, that of Kogi State, who is also an aspirant, disagreed with their position of zoning the presidency to the south.