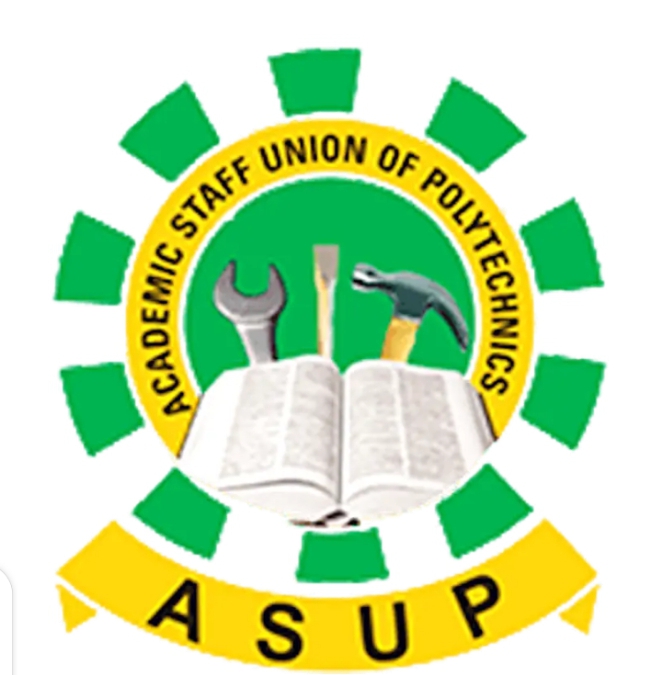 The Academic Staff Union of Polytechnics ( ASUP) has confirmed that its Union may resume her 61 days suspended strike after failed implementation of Memorandum of Understanding signed with the Federal Government.

The notice of strike action was confirmed in a press statement given by Asup Zone C coordinator, Engr. Yekini Ashafe.

The details of the release obtained by justeventsonline reads in full:

“Members of the press and general public,My name is Comrade Engr. Yekini Nureni Asafe, The Zonal Coordinator ASUP Zone C that covers the chapters of the union in the southwest and Kwara State.

“I have the mandate of the president of our great Union Comrade Anderson Ezeibe to alert the general public and media correspondent that ASUP might resume its 61 days suspended strike if government refused to honor the mutual agreement reached with union.

“You may recall that our Union suspended a 61 day long industrial action on the 10th of June, 2021 after the signing of a Memorandum of Understanding with the government as regards the union demands.

“The critical aspects of the memorandum of action remains unimplemented despite several appeals and correspondences from the leadership of our union. The items still pending include:

Non release of the approved N15Bn revitalization fund for the sector

Non release of 10months arrears of the new minimum wage 2 years after the expiration of the President’s directive and nearly 3 years after it implementation.

Non release of the reviewed normative instruments for institution/management and programs accreditation.

Continual infractions in the implementation of the provisions of the Federal Polytechnics Act as amended in 2019.

Delay in the appointment of rectors

Non release of the scheme of service for Polytechnics: Since 2017.

“After the exhaustive deliberations, on the issues mentioned 102nd meeting of theUnion’s National Executive Council has resolved to give the government a further 1 month as an ultimatum to address the outstanding issues or face a review of the suspended industrial action by our Union.”