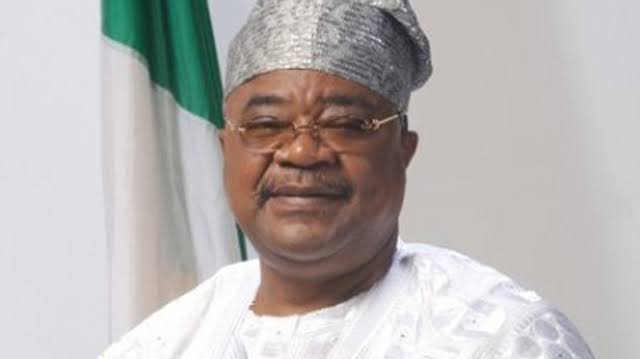 The Commissioner of the Federal Character Commission in Oyo State, Professor Adeniyi Olowofela has commiserated with the with the Oyo State Government and entire Ogbomoso indigenes over the sudden death of Otunba Adebayo Alao Akala.

Olowofela in a statement made available to newsmen on Thursday said the former Governor of Oyo-State, His Excellency Governor Alao Akala will be missed by all political Gladiators in Oyo-State.

The statement read in part: “Akala who won his local Government Election in Ogbomosho under APP – All Progressive Party in the year 1999, (the party which later metamorphosed into ANPP – All Nigerian People’s Party under which former Governor Oyo-State, Senator Abiola Ajimobi contested Gubernatorial Election in the year 2007 and the incumbent Governor H.E. Engr. Seyi Makinde contested the Oyo South Senatorial election, both, lost the Election and H.E. Chief Alao Akala won that Election.)”

“While His Excellency Lam Adesina won the Governorship Election under AD – Alliance for Democracy in the sàme year 1999. This place Alao Akala in opposition to the Government of AD of that era, but nonetheless, he related very well with all other council Chairmen of that era and also the Governor of the State, H.E. Alhaji Lam. Adesina. After the expiration of his tenure as the Council Chairman, (1999-2002) he switched his political camp again to PDP, where he made success of his enterprise by becoming the Deputy Governor in 2003 and later became the Governor of the state briefly in Jan 12 2006 and later substantially from 2007 – 2011. He lost to Senator Abiola Ajimobi (May his soul continue to rest in perfect peace) in the year 2011. The same person he defeated in year 2007.”

“He subsequently pitch his tenth with APC in 2018 however when he failed to get the gubernatorial ticket in 2019 he left APC with his teaming support for ADP where his Federal Representative candidate (Captain Hon Ajao Oyemo won the Federal Election) and State Honourable Candidate Hon. Wunmi Oladeji also won the Ogbomosho north State Constituency under ADP from Akala’s Constituency in  Ogbomosho due to the immense influence of Akala in Ogbomosho Land.”

The ex- Commissioner for Education under Ajimobi led administration said when the Leadership of APC interacted with Otunba Alao Akala, he decamped back to APC shortly before the Gubernatorial Election however Engr. Seyi Makinde won massively with a figure that has never been recorded in the political history of Oyo-State.

He had since been leading APC with a view to positioning the party inorder to dislodge PDP in year 2023. Man proposes God disposes.

Whatever will happen in year 2023 is in the hand of Almighty God.

Olowofela who hinted that Akala was joyous when Senator Ajimobi was pronounced the Deputy National Chairman of APC in year 2020 said Governor Akala came to felicitate with him at his residence in Oluyole.

“Former Governor Akala was extremely happy to see us. He entertained us while himself, Senator Ajimobi and Senator folarin shared pleasantries.”

“Akogun, Akala’s right hand man was also there. That singular contact established a cordial  relationship between me and His Excellency Governor Akala (I do not have a cordial relationship with him before that time, because I do not like the fact that he defeated my political leader Senator Ajimobi of ANPP in a questionable manner in 2007 and also “annulling” the controversial local Government Election that was held in the twighlight of Governor Rashid Ladoja on May 24, 2007 we were sworn in on May 25, 2007 as Council Chairmen, I was the Council Chairman of Ido Local Government and Sent away on May 29, 2007! When His Excellency Governor Akala was sworn in,  some people deridely refer to that election as “Ibo Alamisi” the rest is history).

“No permanent enemies or permanent friends in politics. I never knew I could be close to Governor Akala. May his soul rest in peace.”

“After the encounter, His Excellency, Governor Akala and I became close to the extent that He calls me anytime he’s in Abuja “Niyi mo ti de si Abuja o” and I  will go and visit him.”

You can imagine the shock, when I heard about his death. He was able to lift many people in PDP, ditto APC, even non political Actors during his “Oyato Regime””.

All APC family will not forget Akala.

All PDP family will not forget Akala.

All ADP will not forget Akala.

All ANPP will not forget Akala.

All political Gladiators in Oyo-State will miss Akala.

Family and Friends will miss Akala.

Chief Alao-Akala we still find it difficult to believe that you have gone so soon. Your tireless efforts in reconciling the various groups in Oyo-State, APC can’t be forgotten.

May his soul rest in peace.