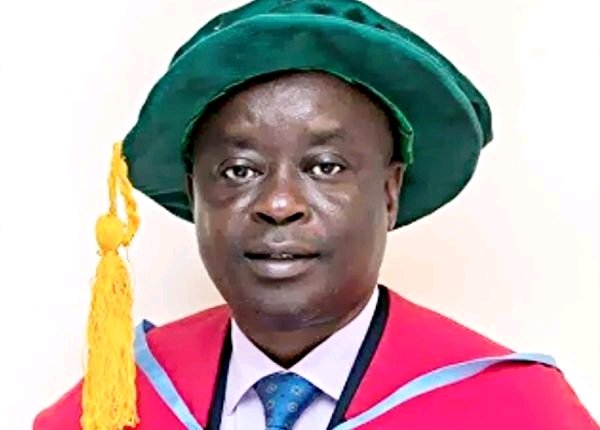 The groups made this call during a press conference held in Abuja on Friday.

According to the leader of the coalition and the National President of Nigerian Youth Union (NYU), Comrade Chinonso Obasi, the appointment of Dr. Henry Adebowale Adimula as the 8th CEO of the Institute is considered as a square peg in a square hole.

Obasi added: “We are glad that the Governing Council of PTI appointed a seasoned and well-rooted staff of the institute. One of the ways of fostering infrastructural and intellectual growth in any academia is to prioritize the appointment of qualified staff of the same institution while choosing its head. Dr. Adimula’s appointment represents that demand.”

According to him, “Dr. Henry Adebowale Adimula who joined the services of Petroleum Training Institute in 1992 as a lecturer 2, and has by virtue his hard work and outstanding contributions to the progress and actualization of the objectives of the institute rose to the headship of Petroleum Training Institute. Until his appointment, Dr. H. A. Adimula was the institute’s acting Principal and Chief Executive from July 4, 2020, to June 17, 2021. He was the former Vice-Principal of the Institute from December 4, 2019, to July 4, 2020.”

“A man with such growth and pedigree within the institute has over time known the challenges confronting the institute and equally has ample solutions. This compelled our advocacy for all-inclusive support and progressive partnership to enable his success as the Chief Executive,” Obasi said.

Furthermore, they cautioned those they considered as “paid to heighten tension in the peaceful Institute,” to desist “from the biased demands on a baseless claim of withdrawal of the appointment of Dr.  Henry Adebowale Adimula as the Principal of Petroleum Training Institute on the ground that he is not from Urhobo, Delta State,” adding that if the critics continue to push their unnecessary call for his removal, they “shall have Nigerian youths and students to contain.”

Speaking further, he said: “On November 8, 2017, I led a delegation of Nigerian Student Leaders to the Institute to demand an unconditionally cut down on the obnoxious 130% tuition fee increment by the then Chief Executive, Prof Sunny Iyuke. Our demands were met with lessons after a marathon debate that lasted about ten hours. One of the key lessons was that the institute will achieve greatly with the appointment of those who grew within the ambiance of the institute. The then Principal was finding things difficult to manage because while he was still studying the institute time was ticking fast against him. One within the system will always be the best in the choice of the headship of the institute.

“We, therefore, unequivocally and unapologetically pass a vote of confidence on Dr. Henry Adebowale Adimula’s appointment as the 8th Chief Executive Officer of Petroleum Training Institute Nigeria. Detractors must stay far and we encourage and welcome progressive partners that will support and guarantee a smooth running of the institute to achieving her set objectives.

“As a two time winner of the PTDF Research Grant competition for research to Develop Immobilized oil Degrading Microorganisms in Local Cellulosic Materials for Rapid Deployment in the Remediation of oil Polluted Soil, we believe he will achieve greatly for the institute under his administration as the CEO.”