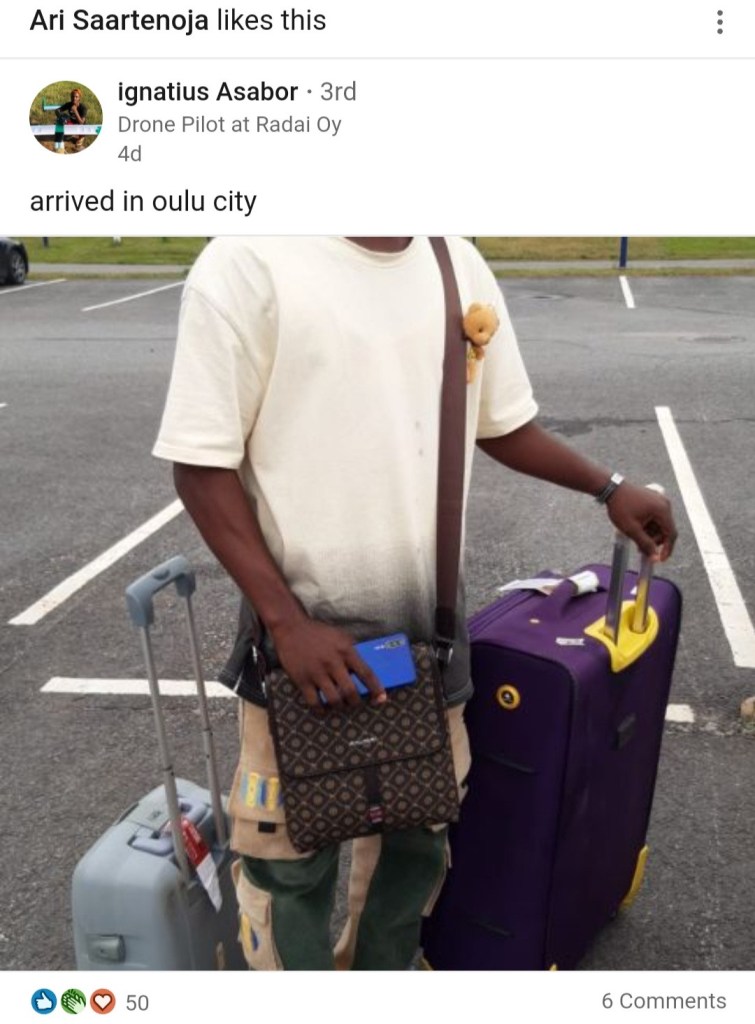 A young Nigerian, Ignatious Asabor who is specialized in building drones has been offered Job by a foreign company.

Ignatius, who makes drones for agriculture using local material was identified by a foreign company and was given immediate employment which has taken him to Finland to commence work.

Breaking the news on Linkedin, the Managing Director of a Finland-based Radai Limited, Mr. Ari Saartenoja expressed happiness at having Asabor work with his company.

Ari shared the photo of the genius on arrival to Finland, Oulu, and said that Asabor will strengthen the survey operations of his team in the future.

Asabor also confirmed his arrival to Finland with an update on his LinkedIn.”Arrived in Oulu City.”