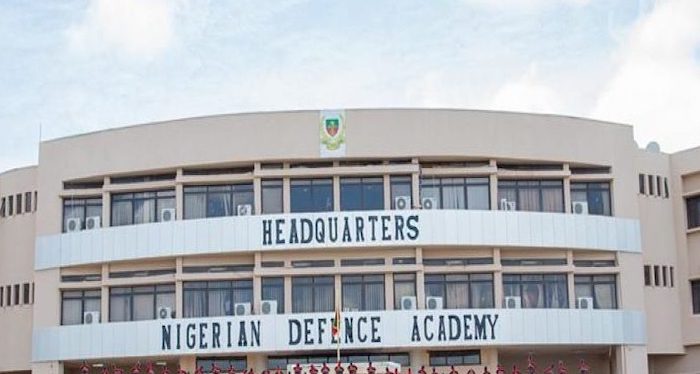 The terrorists who abducted Major Stephen Dantong from the Nigerian Defence Academy (NDA), Afaka, Kaduna, on Tuesday have contacted the authorities to demand a N200 million ransom, FIJ can report.

Around 1am on Tuesday, a contingent of bandits pulled up on motorbikes, invading the Army barracks to kill two soldiers, identified as Lieutenant Commodore Wulah and Flight Lieutenant Okoronwo. They also abducted Major Datong.

FIJ gathered that the gunmen operated for hours and left without any hindrance. After they left, soldiers in the barracks made efforts to trail them but failed.

“They couldn’t kill even one of them,” an NDA source lamented to FIJ. “They searched everywhere in the bush but couldn’t find them. They had fled away with their motorbikes.”

FIJ understands the bandits subsequently contacted the defence academy to initiate negotiation on the payment of ransom before they release Datong.

“They have called to ask for N200million to free the Major,” the source also said. “The attack was ridiculous. They came, teased us and left. Even the helicopter hovering in the bush could not track them.”

After the attack, Bashir Muhd Jajira, spokesman of the NDA in Kaduna, said the security architecture of the NDA was compromised by unknown gunmen who gained access into the residential area within the Academy in Afaka.

“During the unfortunate incident, we lost two personnel and one was abducted,” he said. “ The Academy, in collaboration with the 1Division Nigerian Army and Air Training Command as well as other security agencies in Kaduna State, has since commenced pursuit of the unknown gunmen within the general area with a view to tracking them and rescuing the abducted personnel.”

When FIJ contacted Onyema Nwachukwu, Public Relations Officer (PRO) of the NDA, for comments on the ransom, he did not answer his call. A text message to his line had also not been replied as of press time.