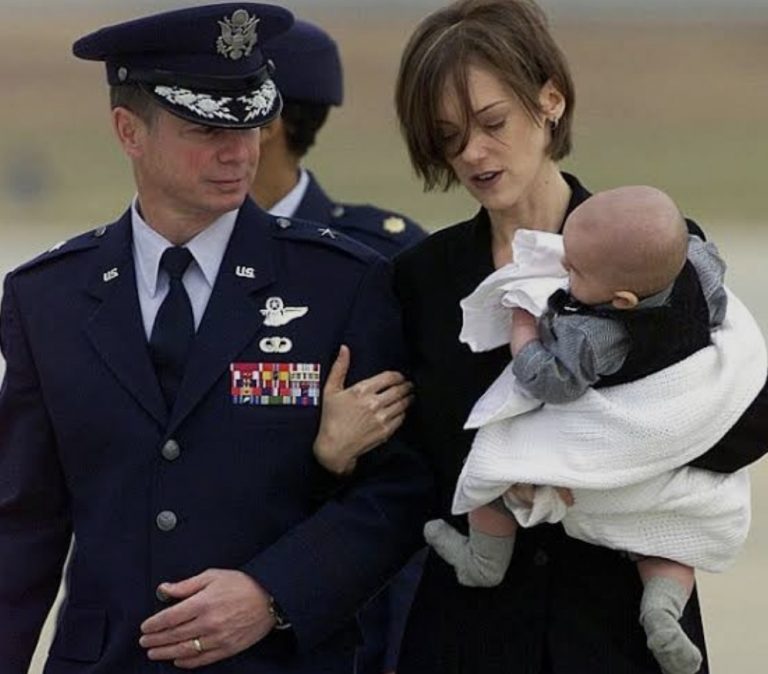 Shannon Spann, the widow of a fellow CIA officer who was the first American service member to be killed in combat in Afghanistan soon after the 9/11 terrorist attacks, has blasted Joe Biden’s decision to withdraw troops, revealing she was disappointed in his stance of blame shifting when he addressed the nation following the Taliban takeover.

According to her, the Taliban take over of Afghanistan is a disrespect to all who have lost their lives fighting for a free Aghanistan.

She also reflected on children and women she met in the Middle Eastern nation during the U.S.’ intervention and what their lives will look like with the Taliban back in power.

US President, Joe Biden said on Monday August 16, that he stood behind his decision to withdraw U.S. troops from Afghanistan, even though the Taliban swept through the nation.

However, Spann said Biden’s stance during the press conference was disappointing.

“I’m deeply disappointed in President Biden. His defiant stance in his address to the nation” Spann told Fox News.

“In times of conflict, excellent leaders keep people bigger than the problem.”

“We utterly failed at keeping people bigger than the problem,” Spann continued.

“You don’t have to look further than the airport in Kabul to see that local Afghans don’t believe [the Taliban’s] story of ‘we’re going to be peaceful, we’re not going to do reprisals, we’re going to invite participation from women”.

“People literally clinging to the landing gear of aircraft to try to get away from the story that they know is about to be written.”

The Hamid Karzai International Airport outside of Kabul fell into chaos as the Taliban seized the city, with Afghans and people from foreign nations, including U.S. citizens, flooding the airport to escape the country. The mayhem led to several deaths.

Spann described meeting young children, the same ages as her children, at an orphanage during a 2002 trip to Afghanistan for a ceremony honoring her late husband.

“They greeted us with such friendship,” Spann, who left the CIA in 2009, told Fox News.

“They had such resilient joy on their faces.”

On the same trip, Spann said she was able to join a women’s council with multigenerational women.

They “were just crying and holding my hand, thanking us for U.S involvement in their struggle and telling me stories about how they were prisoners in their own homes before when the Taliban was controlling their county,” Spann told Fox News.

“I wonder today, what has become of those women.”