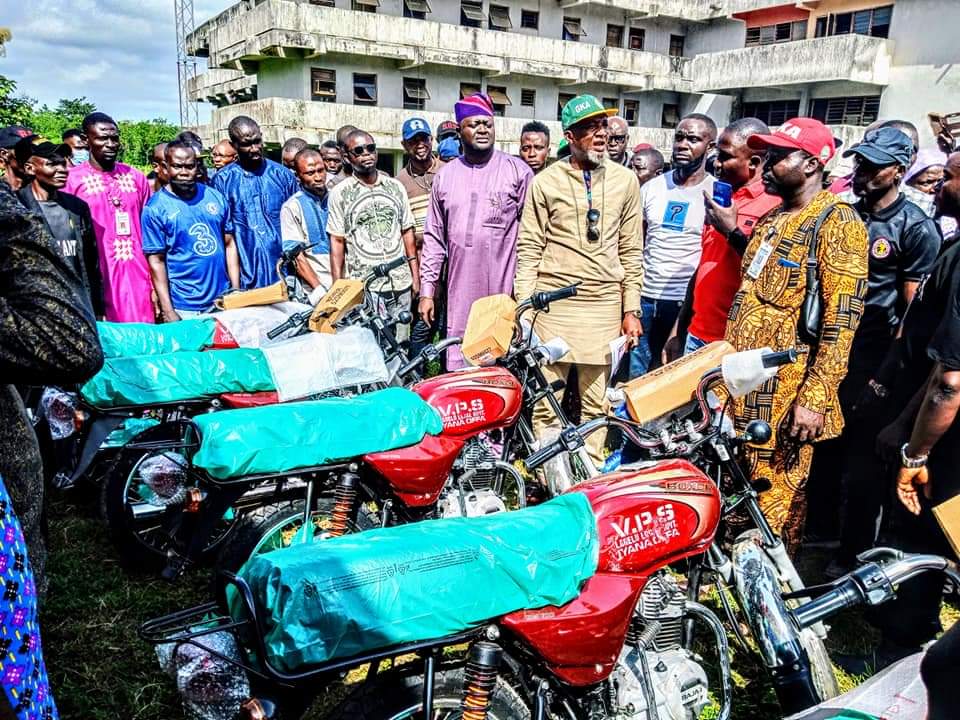 The Chairman of Lagelu Local Government Area, Hon. Gbadamosi Kazeem, on Thursday, empowered local security agency partners in the council with motorcycles, with a view to enhancing their operation on social security.

He identified the need to address the issue of insecurity in a bottom to top approach, saying that every locality and their government should, as a matter of urgency, take up the challenge and tackle the surge headlong.

The Council Boss assured that the motorcycles presented to security agency partners will, by all indications, help in pursuing every case of criminality, even up to the most remotest areas that operational vehicles may not be able to reach in the council.

Gbadamosi, who stated this in Ibadan, following a high level security summit involving the residents of the council, security agencies, local government staff, and journalists, similarly emphasised that the state of social security must be given utmost attention.

He said: “As we talk of insecurity, we must also be able to trace the surge to their possible sources and cause. And, in this regard, we cannot overemphasize how the usage of hard drug substance has continued to influence social vices in our local communities.”

While noting that the council is making effort to commence law and social security enforcements on criminalities, drug peddling and patronage, Gbadamosi stated that some areas in the local communities, which have become the hotspot for sales and consumption of hard drugs and substance, have been identified.

He explained that he is determined and committed to flush criminals out of the council and warned that anyone caught with substance in open space and street will be arrested and outrightly prosecuted by the appropriate body without minding whose ox is gored.

He maintained that, very soon, the law enforcement agency will visit all the hotspot areas of hard drug sales and consumption, saying that the substance as are the immediate course of bad influences on the youths.

“Many of our youths are being lured into criminal engagements and other social vices in the society through hard drug substance. So, as from today, these people will not rest as they are ready to cooperate with us in making our society more secure, peaceful and sane for living.

“I am glad to inform you indigenes and residents, that we have sought for a thorough operation of the National Drug Law Enforcement Agency (NDLEA) in writ, into our local government. And they have given us some officials to enforce anti-drug laws in our local communities. My conscious advise to the concerned persons in the society who engages in the cultivation of these plants is that, any individual or person, whose farmlands is being cultivated with hard drug plants, will be arrested and outrightly prosecuted appropriately.”

He assured that the council will continue to empower agency partners on security vis-a-vis the police, the Operation Burst, Amotekun Corps, local hunters, vigilante groups, among others, in combing every elements of crime out of the council.