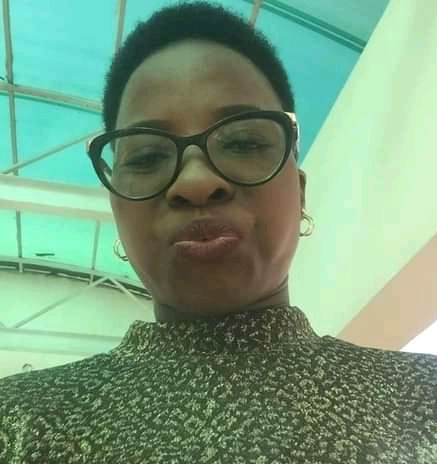 Still saddened by the sudden death of his wife, Goalpoacher Publisher, Segun Kehinde has penned an emotional message paying tribute to his late better half, Roseline Omowumi Ronke Ajoke.

The JAMZ FM reporter also scribbled a lengthy emotional message describing his late wife as a cheerful, friendly person, and a meticulous housekeeper and homemaker.

In his personal message obtained by Mouthpiece NGR, Kehinde noted that “when Roseline fell ill, we were all devastated. She was always fit and strong. She had so much to live for and so much love to give”.

It reads: “Roseline was a remarkable woman who always held her head high and gave endlessly to those around her.

Roseline Omowumi Ronke Ajoke Kehinde (nee Opayinka) was born on January 7th 1989.Rose had an interesting upbringing, born into a family of Mr and Mrs Opayinka, she had Nursery education at Customs Nursery and Primary school at Army Baracks, kano State within 1991 to 1997. She attended Queen of Apostles Secondary school, Oluyoro Ibadan and Holy Trinity Secondary School as well as Gbongan School of Science for her secondary school education.

Rose attended Ogundoyin Polytechnic, Eruwa and she got employment into Oyo State Civil Service in 2013, She was studying at National Open University, Ibadan campus.

She met her husband, Segun Kehinde, at State Secretariat in 2019, a journalist who works with JAMZ FM, Ibadan. He is a member of the Governor’s Press Crew. Also, he is a publisher of a popular online news platform (GOALPOACHER).

When Roseline fell ill, we were all devastated. She was always fit and strong. She had so much to live for and so much love to give. She never liked any fuss being made of her, and would chastise us if we. She was so used to caring for others that she couldn’t be doing with any fuss for her.

My dear wife was not only a wonderful wife but she was a meticulous housekeeper and homemaker. She was a cheerful, friendly person and made many warm friends. She seldom, if ever criticized any person. Instead, she preferred to refer to their good qualities. She was the soul of honesty. She would never shade the truth no matter what the consequences.

I close this tribute with a feeling of humility and submission to Divine authority. Roseline was faithful, efficient, loyal and true. She inspired me in ways I cannot explain. I have lost a worthy helpmate but I have nothing but happy memories of her. I sorrow now for my loved one but the burden has been lessened by the many kindnesses shown me and my family.

My box is covered with messages and letters extending love and sympathy. I do want you all to know how grateful I am for all you have said or done. The tribute you paid myself and family touched us deeply. I fear I cannot thank all of you personally but be assured your kindness will never be forgotten.

Roseline, my beautiful, sweet, darling wife, may you be at peace, and God bless you.”