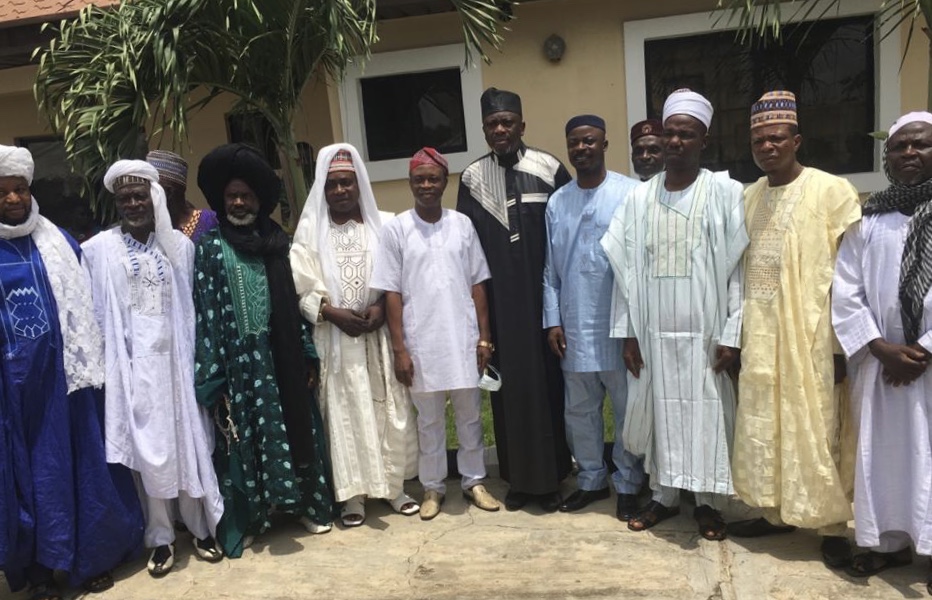 In what he describes as “a demonstration of love and support,” on Saturday, the Chief of Staff to Oyo State Governor, Hon. Segun Ebenezer Ogunwuyi distributed rams and cows to Muslim faithfuls in the State for the celebration of this year’s EId-El-Kabir.

The gesture, which is not the first of its kind, was performed out of the goodness of his heart.

Ogunwuyi had on Monday began the distribution of rams in Ibadan for muslim faithfuls and PDP party members.

The Chief of staff who is in a generous mood as he host scores in his Country-home also shared cows and rams to Imams across Ogbomoso zone.

In his remarks, the Imam from Ajaawa on behalf of others appreciate the Chief of staff for being thoughtful of them and his countless assistance to the people of Ogbomoso. He said what his parent has done has brought him so far.

The cleric then appreciate His Excellency, Engineer Seyi Makinde for remembering him with a brand new Corolla car after his emergence as Governor. He said the Chief of Staff has no doubt emulated his character.

The league of imams further extended their appreciation to GSM for counting their zone worthy of the coveted position in his administration, affirming that Hon. Segun Ebenezer Ogunwuyi would compliment his effort.

Thanking everyone, Otunba reiterated that GSM is someone that really loves Ogbomoso for deliberately appointing the son of the soil as his Chief of Staff.

“I see everyone as brothers. Both Muslim and Christians are one. I appeal to the imams to embrace all the 5-chairmen and assist them mostly on security issues for the development of the zone”, he added.

Those present at the event include Barrister Olasukanmi Olaleye, Alhaji Razaq Gbadegesin, party members including the 5-executive chairmen in Ogbomoso zone.

The park managers, GSM staunch supporters across Ogbomoso zone and host of others were also preset.