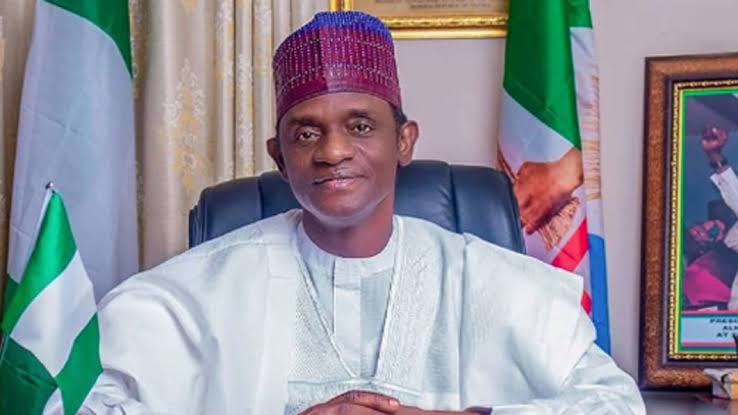 The final judgment passed by the Supreme Court on the Ondo State governorship election tribunal is threatening the local and state congresses of the All Progressives Congress.

Recall that the congresses are billed to start on Saturday.

According to sources, while the APC intends to continue with the planned congresses, there are fears that some members would challenge the exercises in court since the Supreme Court has declared Mai Mala Buni’s chairmanship illegal.

The apex court’s judgement is said to have added momentum to the already disagreement hinging on a planned consensus arrangement.

A member of the APC’s national caucus, said although the party was going ahead with its congresses, members were worried and divided about the implications of the judgment.

The chieftain who spoke on anonymity explained that the judgment had “called to question the legality of the caretaker committee.

“We are dealing with a combustible issue. All the seven Supreme Court Justices agreed on the constitutional point that a sitting governor cannot hold the dual elective position of governor and party national chairman.

“If the opposition had had the presence of mind to join Mai Mala Buni as party to the suit, we would all have been done for. Our aggrieved members and our opponents have surely learnt one of two things from this.

A convener of The Progressive Youth Movement, a pressure group within the APC, Mohammed Audu, added that the party’s leadership would be putting the party at risk should it go ahead with its move to foist a consensus arrangement on state chapters when ward congresses begin on Saturday.

Audu said, “We are members of a progressive political party and should lead the way in promoting democracy at all times. The consensus arrangement for us is an aberration.

“Party members must not be muscled out of contesting for party positions under the guise of consensus, let those who feel they are popular and have what it takes to occupy any office be allowed to test their popularity, that is all we ask.”

Meanwhile, the National Secretary of the party’s caretaker committee, Senator John Akpanudoedehe, during the inauguration of congress committees for the state chapters at the APC National Headquarters, on Wednesday, said the caretaker committee had the right to recall them.

“You’ve been urged to encourage consensus arrangements, where possible. Article 20 of our party’s constitution and the guidelines for the congresses shall be your guide.”

In what could be termed a mild threat against party members, the party secretary delivered a message from the National Chairman, Governor Mai Mala Buni.

“Therefore, the practice of running to the public space without exploring the internal mechanism of conflict resolutions is not only unhealthy but an affront to the constitution of the party. So, going forward, it should be stopped.”

He said, “Yes, we are happy as party members that we did not lose another governor via the court like we did in Zamfara in 2019 but we cannot deceive ourselves. Illegality cannot take us anywhere.

“The truth is that Buni and members of the APC caretaker committee were not elected but they are occupying elective positions which the Supreme Court today affirmed is illegal.

“In one of the grounds, they are asking the court to in view of provisions of Article 14.1 of the APC Constitution which lists powers of the National Chairman of the party and the National Executive Committee, determine whether the caretaker committee, a committee set up by NEC can perform a function which even NEC has no power to carry out.

“NEC does not have the power to dissolve any state chapter, it is only the National Working Committee that has such powers.”

An Abuja based legal practitioner, Kayode Ajulo, in a statement titled, “Why Mai Mala Buni Should Step Down,” noted that the Supreme Court, while dismissing the petition filed by the Peoples Democratic Party candidate in the Ondo governorship election, Eyitayo Jegede against Governor Rotimi Akeredolu, by a split four-three decision, held that the APC erred in law by allowing a sitting governor preside over its affairs.

Ajulo said, “Without prejudice to the ratio decidendi of the majority decision of the Court, it is imperative to state prestissimo and very clearly too that with the unanimous position of the apex court that it appears the actions of the APC in permitting a sitting governor as the interim chairman of the party is in violation of the constitution of the Federal Republic of Nigeria, it is my sincere view that the Interim Chairman of the All Progressive Congress should immediately step down.

“My humble but cosmic review of the judgment comes with an indication that the Governor of Yobe State, Mai Mala Buni, has to vacate his seat, as the Chairman of APC with immediate effect.

“The provision of Section 183 of the 1999 Constitution of the Federal Republic of Nigeria (as amended) is clear and unambiguous to the effect that “The governor shall not, during the period when he holds office, hold any other executive office or paid employment in any capacity whatsoever.”