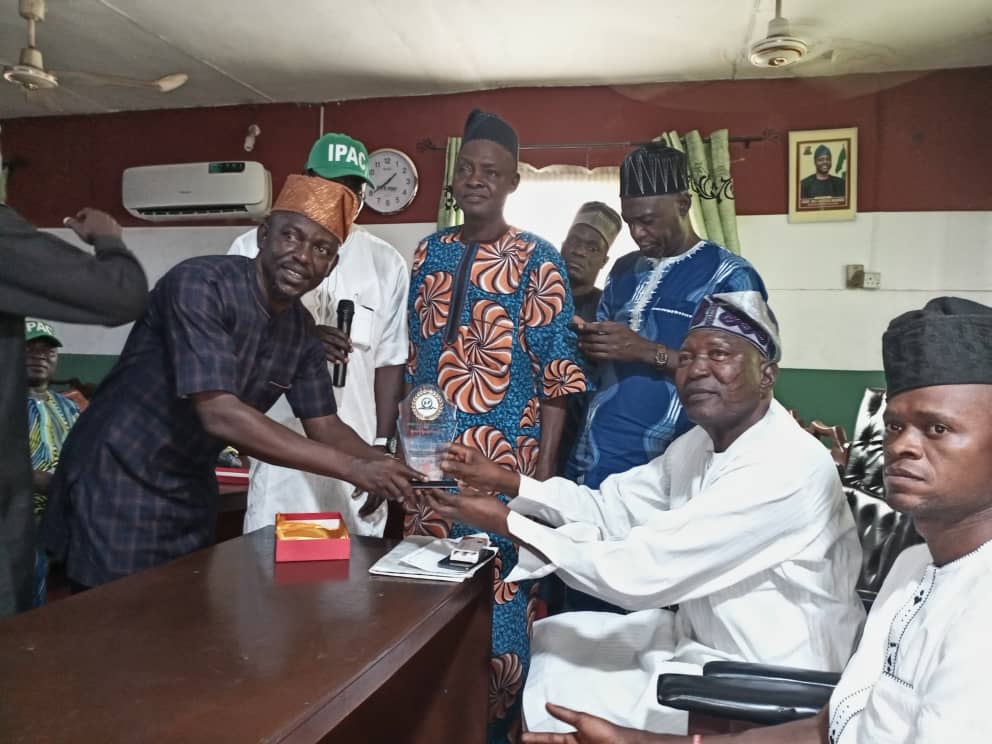 The spokesman of the People’s Democratic Party in Oyo State, Engineer Akeem Olatunji has received Award of Excellence as Outstanding Political Personality of the Year from Inter Party Advisory Council (IPAC).

The award was handed to him on Friday at the PDP Party secretariat in Ibadan, the state capital.

A statement jointly issued by the Chairman and Secretary of the association, Otunba Fagbemi Adegbenro (IPAC Chairman) and Akinade Opeyemi (IPAC Secretary), quoted that the Award is in recognition of his outstanding contribution, performance and selfless service to humanity.

According to IPAC, the award is also in appreciation of his invaluable support and contributions towards the development of Oyo state through active politics.

While reacting to the award, Olatunji, who thanked the association for honouring him, further tasked the foremost body for Inter & Intra Party activities in Nigeria.

He dedicates the Award to his Leader and Mentor, Governor Seyi Makinde, the Chairman of PDP in Oyo State, Alh Kunmi Mustapha, the Secretary of PDP in Oyo State, Alh Wasiu Adeleke, all members of the State Working Committee of PDP who were all physically present to demonstrate their love for him as well as Oyo State PDP Media Team and all party leaders and members.