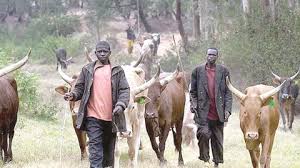 All secondary and primary schools in Ido Local Government area of Oyo State on Thursday hurriedly dispersed their pupils following a report that crisis broke out among some people in the area.

Though, no life was lost while the crisis lasted, news filtered in that some herders had invaded some villages in the local government.

The local government shares boundary with Ibarapa North and East local government areas where some bandits believed to be Fulani herders invaded Igangan killing people and burning houses and vehicles.

A source told Mouthpiece NGR on Thursday that there was a crisis when some strangers invaded some villages in the local government.

To avoid being caught in the crisis, residents of the area ran helter skelter.

It was also gathered that some residents living at Ido town, Camp settlement, Odebode, Idi Igbaro, Shehu, Olunde, Gbopa, Araromi, Akufo and others vacated their villages.

All schools including Public and private secondary and primary schools asked their pupils to go home immediately after lunch break.

Mouthpiece NGR learnt the decision was taken to prevent abduction of their pupils.

It was also gathered that residents of Ibadan metropolis especially those living at Akinyele, Ona Ara, Oluyole, Monatan, Akobo, have been living in palpable fear following alleged influx of foreign herders into Ibadan metropolis.

However, In the wake of development, Ibadan LG chairmen held a closed door meeting yesterday and part of its resolution is to summon security summit soon.

The chairmen agreed to synergise, work hand in hand among themselves, traditional rulers, baales, mogajis as well as other concerned stakeholders to secure property and lives of people in Ibadan.

Advising residents to go about their daily activities without fear as all hands will be on deck to ensure safety of all residents, they reiterated that the security of lives and property in Oyo state remains one of the cardinal pillars of the Engr. Seyi Makinde administration and a lot of investments have been heavily committed into the security apparatus in the state.

At the meeting, the chairmen condoled colleagues in Ibarapa over recent killings and the people of Ibarapa North for the unfortunate loss of lives and property in the recent attacks on Igangan community.

They declared their unflinching, unwavering and total support for the Engr Seyi Makinde-led administration and his efforts at ensuring a secure and peaceful Oyo state.