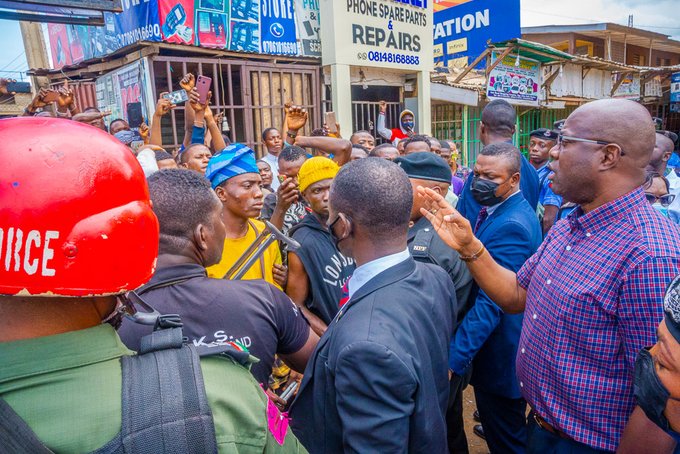 The Oyo State Governor, Engineer Seyi Makinde on Thursday visited the scene of incident at Iwo road where scores were severally injured and lost of properties.

Although there have been wide condemnations from all sectors as regard the real situation of things. Other report suggests that those involved in the mayhem were cultists.

The attack on the shop owners was said to be in continuation of an earlier attack and a counter attack between the Auxilliary PMS boys and members of the proscribed National Union of Road Transport Workers (NURTW) on Tuesday.

The governor on Thursday promised to sanitise the area behind Iwo Road where cultists congregate.

Makinde also promised to review the Park Management System under the leadership of Alhaji Lamidi Mukaila populary known as Auxiliary.

It read: “I visited the scene of the Iwo Road incident this morning. The loss of lives during the mayhem that occurred is unfortunate and should never have happened.

“I give you my word that we will ensure that everyone involved in the dastardly act is brought to book.

“I have ordered investigations. In the meantime, we will sanitise the area behind Iwo Road where cultists congregate and review the Park Management System.

“We have also informed the phone sellers to choose representatives who will discuss how we can assist them.”