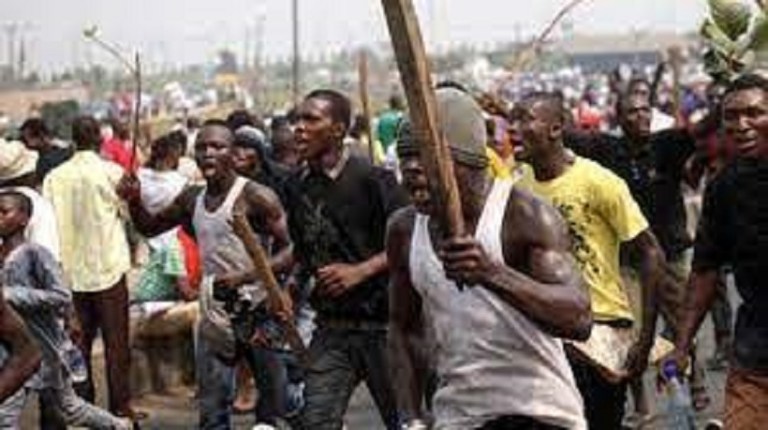 Report has it that suspected hoodlums attacked and beheaded two people in Orsu Local Government Area of Imo state.

A close source also disclosed that the hoodlums set the country home of Ekene Nnodimele, who is the House of Assembly member representing the area after beheading his gateman.

Mr. Jonathan Ugochukwu, the All progressive Congress chieftain was also beheaded by the hoodlums during the attack.

The attack took place between 1am and 2am, the locals further disclosed to our correspondence who visited the area in the early hours of Wednesday. They also observed that the country home of the immediate past state attorney general of the state and commissioner for justice, Cyprian Akaolisa was also set ablaze.

A team of policemen were seen by our correspondence, inspecting the building during their visit at Awo Idemili, Akaolisa’s country home.

Meanwhile, a house belonging to one Mr. Cliford Mazi, a councilor representing Amaebu Ebenatu ward, was also burnt down by the hoodlums after searching his house and he was nowhere to be found.

Nkechi Ugochukwu, who is one of the wife the victims, told our correspondent that the attackers invaded their house, carried her husband out, beheaded him and set the house ablaze.

The immediate-past attorney general and commissioner for justice, said that he had reported the arson to the police when contacted.

Abutu Yaro, the state commissioner of police, also said that the police were investigating the multiple attacks.