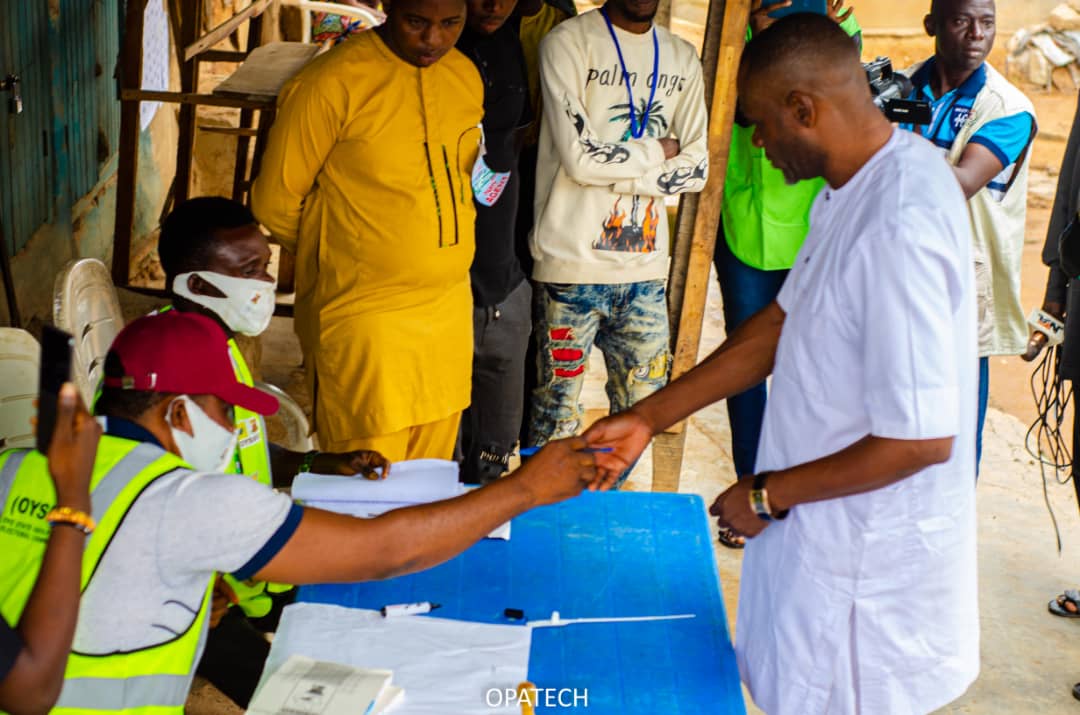 Mouthpiece NGR understands that the election will usher new individuals into the offices of Chair, Vice Chair and Councillors in all the 33 local councils.

The commission charged with the statutory responsibility of electoral management and administration conducted a free, fair and credible election across Ogbomoso North, Ogbomoso South, Orire, Surulere and Ogooluwa respectively.

Our correspondent who monitored elections in various wards across the five councils observed that there was huge turnout in some areas especially in Ogbomoso South and North.

Mouthpiece NGR reliably gathered that party leaders and members of Peoples Democratic Party trooped out en-mass to cast their votes.

Meanwhile multiple reports indicate that in Iresa-Adu, Iregba and some areas in Orire, Surulere and Ogo- Oluwa, voters also came out to exercise their franchise.