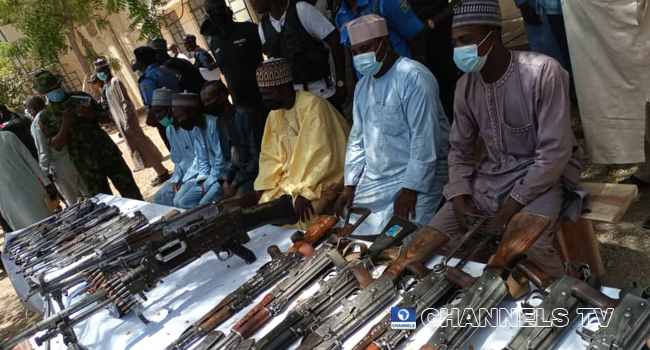 Katsina State is one of the states worst hit by the activities of bandits across the country.

The boys were released within a week after successful negotiations with the kidnappers, the Katsina government said.

It is not yet clear whether the bandits who surrendered on Thursday were granted amnesty.

The Federal Government has rejected the notion of amnesty for bandits but some state governments, especially those in the North-West, have been quite open to the idea.