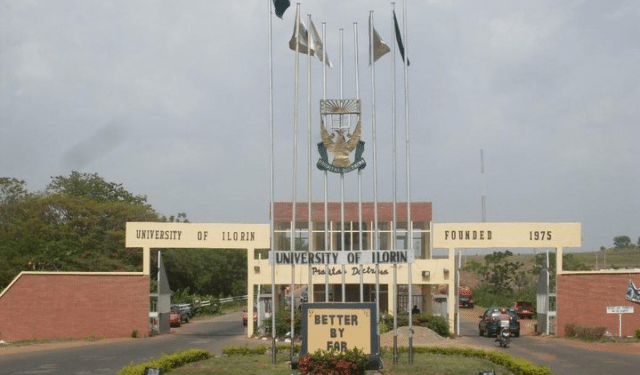 Joint Action Committee (JAC) of the non-academic unions of Universities, University of Ilorin (UNILORIN) branch on Tuesday commenced a-three day protest against the alleged lopsided sharing formula of the recently released N40 billion Earned Allowances by the Federal Government to workers in the nation’s public universities.

JAC which comprises Senior Staff Association of Nigerian Universities (SSANU), Non-Academic Staff Union (NASU) by the protest joined their counterparts in nation’s public universities to protest the failure of the federal government to honour the agreements it signed with them on various demands bordering on their welfare.

They lamented a situation where the government has preferentially treated the Academic Staff Union of Universities (ASUU) in the sharing of the said money.

The varsity workers threatened to embark on industrial action in the event that the government fails to act on their demands after the protest.

The protesting workers wielded placards with different inscriptions. Some of the inscriptions read: “Release our N30 billion earned allowance now,”

‘” pay us our minimum wage arrears,” “stop usurpation of headships of non-teaching units by teaching staff,” “pay retirement benefits of our outgone members,” “enough is enough! Don’t kill education in Nigeria,” “no to 75: 25 percent sharing formula” and “correct irregularities with IPPIS now.”

JAC comprising SSANU and NASU had directed members in public universities to stage three days protest on campuses as a prelude to the looming strike action.

This is coming barely weeks after ASUU halted its industrial action that confined students homes for nine months.

Addressing reporters in Ilorin, Kwara state capital, UNILORIN branch of SSANU, Comrade Oyedepo Joseph explained that the government has refused to honour the agreements it entered with the unions, which led to the suspension of last year’s
strike.

He noted that out of N40 billion earned allowances the government released recently, N30 billion was allotted to ASUU while the remaining N10billion was given to other unions, describing it as unacceptable.

Comrade Joseph said the action was least expected of the government and cautioned against any ploy to destroy university education in the country.

He said: “We have tried a lot. It is only that we don’t have a listening government. Last year October, we embarked on strike. They asked us to tell our members to resume for work in which we did.

“They said they will answer us before the 30th of November. Up till now, we have not received any of those agreements promised by the federal government to our members. The issue of minimum wage arrears is there. It is long overdue”.

His NASU counterpart Comrade Suberu Ibrahim said the enrolment of staff of universities in the government-inspired Integrated Payroll Personnel Information System (IPPIS) has resulted in several members not receiving salaries for the past 11 months.

He warned that the available option was for the government to honour the agreements with the unions to avert industrial disquiet in the nation’s ivory towers.

“You would recall that sometimes in October last year, the non-teaching staff comprising of SSANU and NASU went on 14 days strike demanding for our welfare to be enhanced. A Memorandum of Understanding (MoU) was entered into by the federal government and the union at the national level.

“Unfortunately, all the agreements have not been met by the federal government. Part of our problems that have not been resolved is that they (government) co-opted us into IPPIS in February 2020. As I am talking, a number of our staff have not taken their salaries for the approved by the IPPIS people.”