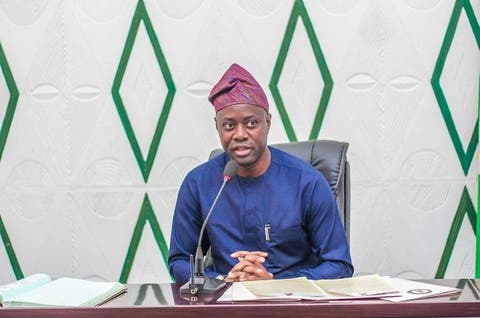 Oyo State government on Tuesday sealed a hospital in Ibadan following the death of a 23-year-old man with a head injury that is treated as well as two others for various offences ranging from transfusion of patients with unscreened blood, non-registration of hospital premises and removal of a woman’s breasts through surgery.

According to him, Olatiwa Clinic, Igboloyin, an unregistered hospital was a quack found to have performed many surgeries including caesarian operation as well as removeed of the breasts of a woman with stage 4 breast cancer.

“We invited him to the ministry and we found out that he does not have any certificate to practise medicine although he has been doing a lot of operations, including removal of breast lumps, caesarean section to deliver babies and the total removal of breasts in a woman with breast cancer, that even qualified doctors who are not specialists, would not dabble into.”

Dr Falana cautioned that sick individuals should only patronise accredited private health facilities in the state to avoid quack doctors, even as he said all hospitals should have their logos of registration conspicuously placed for ease of identification.

Falana, while urging all cases of maltreatment or suspected quacks to be reported to the Health Ministry, said another free medical exercise would soon start in the state to ensure people, especially in the community, could assess free medical treatment and surgeries.