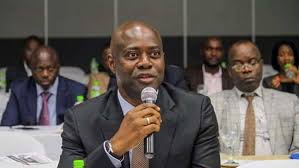 Ogunwuyi who described the decision as a welcome development and land mark achievement of Makinde-led administration said the final resolution would put an end to the long aged crisis that has ragged the institution.

He commended the NUC for its role in the final settlement and eventual take over of the institution, adding that the decision would stabilize the school, make it a cynosure of all eyes and indeed as the foremost technology school in Nigeria.

The OYSIPA boss in a statement made available to Mouthpiece NGR equally said that Governor Makinde is truly a “God Sent Man” for the complete ceding of the institution to Oyo State by the National Universities Commission (NUC) after frantic efforts by his predecessors.

He said the Governor should be commended for putting the interest of the students whose education has been in jeopardy for so long into consideration without allowing political interest or party affiliation to halt the vision of the founding fathers.

“Governor Makinde has performed wonders. He did what his predecessors couldn’t do for many years within 18months in office. He is truly a God sent to liberate Oyo state.

“Today, LAUTECH staff are being paid. Council members will be inaugurated in few days to accelerate development. The state of education in Oyo state is in shape.

“The institution serve as a commercial hub for indigenes and residents across the five local government in Ogbomoso zone”.

“Governor Makinde has shown once again that he prioritize education which is the best legacy to be given to children and teeming youth”, he said.