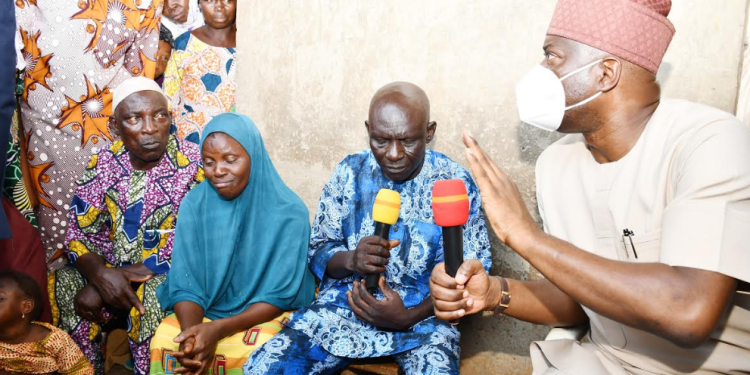 Governor of Oyo State, Engineer Seyi Makind has announced the immediate released of the sum of 1 million naira each to the families of protesters killed on Saturday #EndSARS protest.

Makinde, who stated this during a visit to the palace of the Soun of Ogbomosoland, Oba Oladunni Oyewumi Ajagungbade III, which was attacked by protesters on Sunday, added that unless governments at all levels quickly look at what to do to address the challenges facing the country, including that of youth unemployment, the protests, which he noted are the outcome of pent-up anger, might continue.

A statement by the Chief Press Secretary to the governor, Mr. Taiwo Adisa, indicated that the governor, while visiting the Soun and the families of the slain Isiaka Jimoh and others who lost their lives during the #ENDSARS protests in Ogbomoso at the weekend, went round the palace of the Soun of Ogbomoso to assess the level of damage done to the historic place.

Governor Makinde, who also approved the sum of N100 million (One Hundred Million Naira) to the Soun of Ogbomoso for the renovation of the palace, also made a commitment to the families of the slain individuals to work with them to know the areas the government could be of help to them, in order to cushion the effect of the losses of their loved ones.

He explained that beyond the #ENDSARS protest, most Nigerians have become frustrated over prevailing harsh economic reality in the country, stating that while his government is not against peaceful protests, protesters must be responsible enough to voice their concerns peacefully.

He promised that the state government would work more at ensuring that youths in the state are meaningfully engaged.