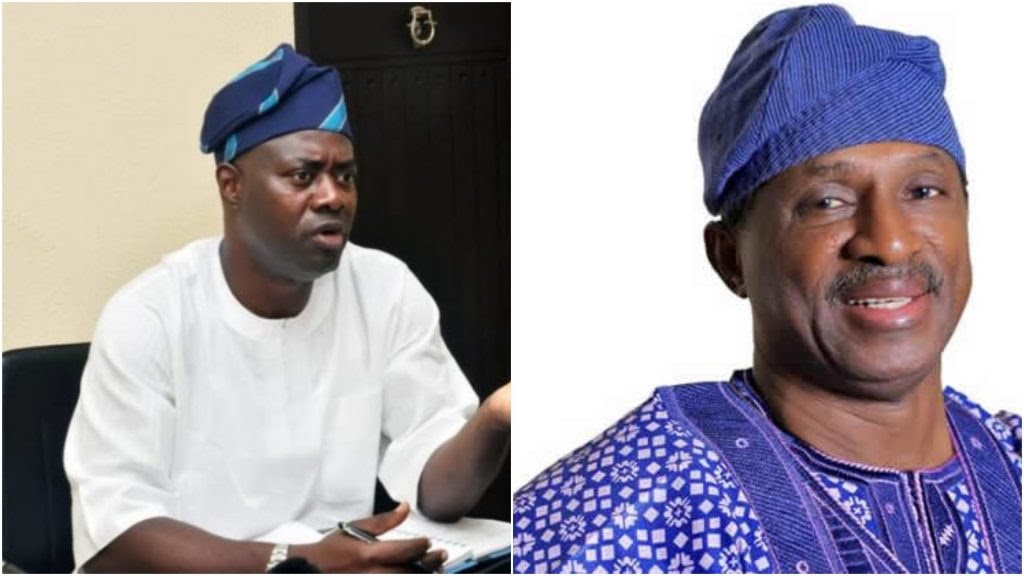 This was made known in a statement signed by its state publicity secretary, Engr Akeem Olatunji, and made available to Mouthpiece NGR on Sunday.

The party explained that two core hallmarks of the Seyi Makinde led government is integrity and purposeful leadership which has trickled down to all facet of life and rapid development in the state.

According to the statement, governor Makinde has fulfilled his obligation to the coalition pact in the spirit of truth which include the African Democratic Congress (ADC).

The ruling party noted that Makinde’s obligation to the coalition should not be mistaken for agreement with Senator Lanlehin as an individual but with ADC as a political party in the coalition.

The party added that there were other notable leaders in ADC as at time the coalition pact was formed including Chief Michael Koleosho, Senator Monsurat Sunmonu, former Oyo Deputy Governor and Nigeria’s Ambassador Dr Taofeek Arapaja, former Oyo SSG Chief Olayiwola Olakojo and other leaders.

The statement further revealed that Lanlehin’s continued bitterness and political miscalculation could not in any way be attributed to Governor Makinde stressing that the governor is a PDP from PDP and the only thing he shares in common with ADC was the agreement.

The statement wondered why Lanlehin would expect Makinde to be interested or participate in happenings in ADC leading to Lanlehin’s miscalculation and eventual political loss.

The statement reads in part: “Oyo state PDP is appalled by Senator Olufemi Lanlehin’s statement on Governor Makinde in his advice to People of Ondo state towards their forthcoming guber election where Senator Lanlehin continued to take out his political frustration on Governor Makinde who is well reputed for honesty, integrity and purposeful leadership.

“Lanlehin at his level in politics should know better and understand that politics is a game of scheming and calculation so, if his miscalculation has cost him relevance in ADC leading to eventual migration back to a party he left over six years ago, how is that Governor Makinde’s doing?.

“Senator Lanlehin as well as other notable leaders in ADC on behalf of their various supporters and followers entered into the coalition pact and no fewer than 3 persons i.e Dr Wasiu Olatunbosun as commissioner for Information, Culture and Tourism, Hon Adeniyi Adebisi as Commissioner for Commerce, and Barrister Seun Ashamu as Commissioner for Energy, from ADC extraction are all currently serving commissioners in the present government.

“We like to emphasize that there is no amount of blackmail that can downplay the soaring reputation of Governor Makinde as a man of his words who is daily providing purposeful leadership in and out of government to the admiration of the good people of Oyo state.

“It is of credible note that the soaring reputation of Governor Makinde transcends the shores of Oyo state and cuts across the entire south west region and Nigeria as a whole which was evident in the landslide victory in Edo state where the governor joined his colleagues to deliver the oil rich state to the PDP.

“Governor Makinde’s reputation has continued to create huge confidence in the minds of the good people of Ondo state which has been evident in the clamour for Barrister Eyitayo Jegede of PDP to take over reins of leadership as the incoming governor of the sunshine state.

“Nigeria’s politics has outgrown the era of using false propaganda and cheap blackmail to gain political sympathy, we urge Senator Lanlehin to focus his energy on rebuilding his dwindling  political relevance rather than attaching his political misfortune to a high soaring governor reputed for personal dignity and integrity.