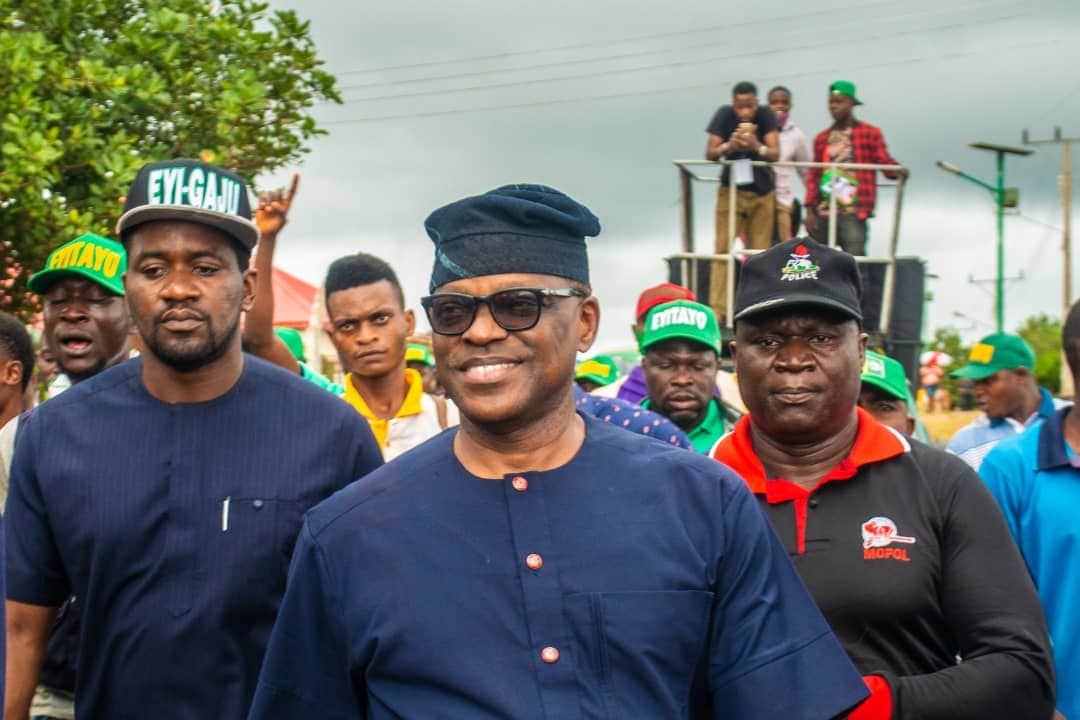 There was chaos and palpable tension at the rally of Jegede Eyitayo in Ondo on Tuesday, September 29 when some thugs opened fire at a crowd addressed by the PDP candidate in Owo.

Mouthpiece NGR gathered that the shooting led to persons running helter skelter for safety in a state of apparent confusion.

The campaign rally of Jegede Eyitayo, the Peoples Democratic Party (PDP)’s gubernatorial candidate in Ondo, was disrupted by some unknown thugs.

AIT reports that the thugs launched their attack while Eyitayo was addressing the crowd comprising PDP supporters. It was gathered that the criminals had earlier on Tuesday barricaded the road leading to the palace of the Oba of Ipele Owo in a bid to prevent the candidate from gaining access to the monarch but were subdued by security operatives.

The hoodlums later achieved success when the rally was finally staged as there were rampant gunshots that created much confusion. Earlier, President Muhammadu Buhari was called upon to help end the violence in Ondo as political parties carry out their campaigns ahead of the governorship poll. The call was made by the PDP in a statement by its spokesman in Ondo, Kennedy Ikantu Peretei.

The PDP in its message to the president accused the All Progressives Congress (APC) and the governor of the state, Rotimi Akeredolo of promoting electoral violence through political thugs. The opposition party also called out the service chiefs for ignoring this worrisome development in the state.

It also warned Akeredolu not to use the local security outfit in the southwest known as Amotekun against opposition parties in the coming election.