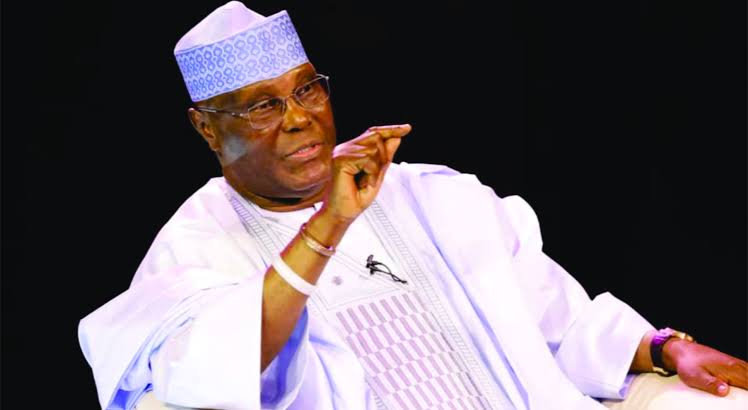 Atiku Abubakar has broken silence on Alleged Financial Fraud by the Financial Crimes Enforcement Network (FinCEN), an agency of the U.S. Department of Treasury.

The former Vice President on Tuesday denied a report that the Financial Crimes Enforcement Network (FinCEN), an agency of the U.S. Department of Treasury, placed him and his family members under close watch over alleged financial fraud.

Abubakar gave the clarification in a statement issued by his Media Aide, Paul Ibe, in Abuja on Tuesday.

Ibe said his principal’s attention had been drawn to recycled and regurgitated lies about the person of Abubakar.

“For the avoidance of doubt, Atiku Abubakar is not under any U.S. watch list, neither has he been charged, or will ever be charged by the US Justice Department or any other in a foreign jurisdiction.

“It will be recalled that these recycled lies were re-unearthed just before the Feb. 23, 2019, Presidential election, and to put paid to it, Abubakar applied for and received a U.S. visa, whereupon he embarked on a visit to the US on Jan. 17, 2019.

“He stayed at a hotel just miles to the United States Department of Justice.

“Abubakar in the course of that trip was also received in audience by officials of the United States Government,” Ibe said.

He said that the news reports were a desperate gambit to recast these discredited accusations.

“They are meant to divert the attention of Nigerians from the recent statement by the Secretary of State of the United States, Mr. Mike Pompeo, announcing visa and travel bans for certain unnamed but notorious individuals.

“Moreover, the timing of this report, less than 24 hours after the Edo state gubernatorial elections, should give some thought to thinking people.

“And considering the season that we are in, more of such jaundiced stories seeking to discredit Abubakar would come.”

Ibe reiterated that Abubakar and every member of his family kept a clean business portfolio that had nothing to do with government resources and in conformity with local and foreign laws of respective countries.