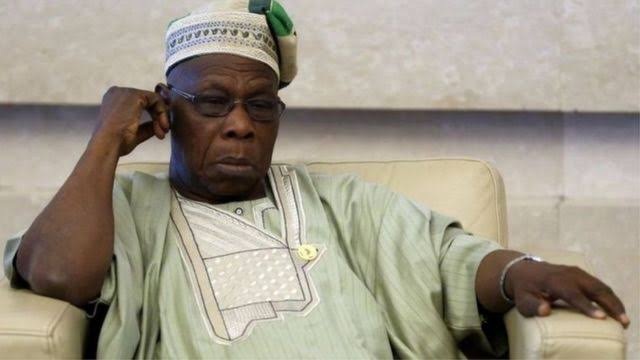 Obasanjo had on Saturday released a statement on the death of the Senator, saying that the former lawmaker used politics and legal means to escape justice but could not use the same to stop death.

According to the statement, “The life and history of the departed have lessons for those of all us on this side of the veil. Senator Esho Jinadu (Buruji Kashamu) in his lifetime used the maneuver of law and politics to escape from facing justice on alleged criminal offence in Nigeria and outside Nigeria.

“But no legal, political, cultural, social or even medical maneuver could stop the cold hand of death when the Creator of all of us decides that the time is up.

“May Allah forgive his sin and accept his soul into Aljanah, and may God grant his family and friends fortitude to bear the irreparable loss.”

The statement did not go down well with a lot of Nigerians who were quick to condemn the former president for ‘disrespecting’ the dead.

Former Ekiti state governor, Ayo Fayose, slammed OBJ via twitter stating that “He (Obasanjo) should also remember that his own end will come too and nobody knows how the end will be.”

National leader of the All progressives Congress, APC, Bola Ahmed Tinubu also expressed displeasure stating that “people should be kind to the dead since everyman would die someday.”

Responding to the criticisms, Obasanjo in an interview on Sunday with Premium Times, said: ” “As you know, I say my mind as truthfully as I know them and in line with my convictions.

People are free to say whatever they want about my comment. I don’t begrudge people for holding opinions on whatever I say or do.”

“When I was growing up, in our community, when anyone known with bad character died, we usually only mourn him and bury him.

“There is an English saying that urges us never to talk ill of the dead. But in this case, we are not talking ill of the dead. We are only drawing lessons from the life and history of the dead. I am not gloating over his death. It is sad for anyone to die and we must mourn him.”

“But we must learn from such a passage. There will be bad lessons. There will be good lessons. But we should not just be praise-singing or eulogising the dead, especially when there is no need to do so.

“We should not cover up bad histories and conducts so that the right lessons can be learnt,” Obasanjo states.