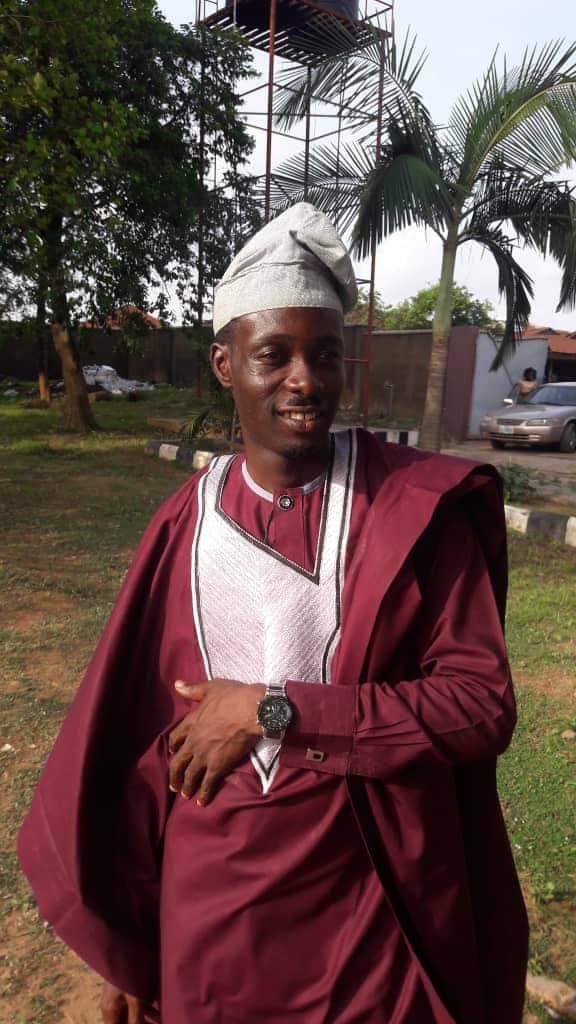 An ex-student of Ladoke Akintola University of Technology, LAUTECH, Ogbomoso has narrated how police officers tortured and unlawfully detained him in ibadan for no reason.

Mr Tony Awoyale recounted his ordeal while speaking with news men in Ibadan on Sunday.

According to him, the violations were perpetrated by and with the knowledge of senior police officers, including inspector, DPO.

He told Mouthpiece NGR that the forms of torture and other ill-treatment committed by the Police included the severe beatings with metal and wooden objects, tearing his cloths, belt and sandals, death threats, slapping and kicking with hands and boots and unlawful detention.

Awoyale in his narration explained that the incident happened at around 7:20pm on saturday June 13 when he was about to make a U-turn at Sawmill when he had a small bash with a man.

He said: “For those conversant with the axis it has a spot where the road is tarred and where is untarred.”

“His vehicle slipped back but I felt I would have given him more space anyway. He parked and I made the U-turn and I parked as well.”

“I met him and pleaded but he said pleading cant settle anything. I saw the bash on the bumper as something less than 5k could take care so I called my panel beater”

“He asked for my original documents and licence which he did not identify himself as a police officer so I felt it’s wrong and besides it’s even photocopy I have”.

“I sat on the bonnet of my car when two guys came in Marwa. One was wearing jacket and was looking unkept self. He looks like all this Okada guys.”

He explained further that the one in jacket forcefully collected his car key and started hitting and telling him to enter his car.

“I told him he cant drive my car. As at then I cant say whom they are,” he said.

Speaking further, “When I was abt to pick my panel beater’s call, he hijacked my phone again. I refused to enter my car as I told them I will only move if they allow me to drive my car.

“In a short while I saw a team of policemen in a car. They are in uniform and armed with gun. They joined the other two men and force me in their patrol car.”

“They rough handled me, tore my Jean, my belt and sandals I did not have access too anymore.”

“They drove me down to Gbagi police station.

The man framed me up that I want to beat him. I abuse him and all sort.”

“I was there calm watching what will transpire and thinking they will ask me to call on someone. But to my surprise my phone kept ringing and after several call I told them to let me pick my call but one of the Gbagi policemen on duty switch my phone off”

“At the moment the DPO was busy outside hunting for those who bridged law of the curfew which was 8.00 Oclock then he came in later and could not even allow me talk to him or write any statement but order I should be locked.”

“Around some minutes to 12 O’clock, he called me and a guy arrested for curfew timing and asked we should go and write statement which I did.”

“He directed I should be locked again and was there overnight.”

“While I was kept sitting down a policeman came and said they have towed my car. They brought just a bag containing keys of my brothers house. Asked who has the key and I told him the car has a security so they could not drive it.”

My wife came in the morning  in search because she was not sure of my whereabout at 6.15am. But they told her to come back around 9am Which I told her to contact my lawyer too.

“The lawyer came and worked on my release. That was on sunday but they said I should come for my car on monday.”

“We went there on Wednesday or so but they said I should pay 15k for towing. My barrister sent two of his colleagues as she wasnt around that day.”

“They are lawyers under her When I called her she asked me to leave them that she will sue them for unlawful seizure of my car”.

“The police man in charge inspector Olajuwon was the one cornering the towing vehicle guy to insist on 15k last. I told them nothing do my car. They could have taken me there to drive it or ask for the security.”

“It was later In the morning I learnt the complainant is an OC motorpol. Motor police at agodi.”

Lamenting how bad the situation was, he said 14 persons were just in a small single cell with different cases of persons not worth locked thereby posing health risk at this time of covid-19.

“They have a record of number of persons locked so it is verifiable.”

“The following morning they brought a guy who is not mentally fit and physically fit. He was spitting around the cell and after which at the time of my bail I heard the guys in the cell shouting and asking he should come and be removed as he has messed the cell up with excrete.

“N2000 was collected for bail and the policewoman who released my clothes still asked for 1k but the person that came in for my bail gave them N500 naira, he said.

Mouthpiece NGR learnt that when Mr Awoyale barrister met the complainant who is OC MOTOR POLICE to ask him to order for his car’s release, he said he has fixed his car with 7k and doesn’t want case anymore that he should pay 15k for towing.

Efforts to speak with the DPO or any of the Police officers at the station proved abortive at the time of filling this report.