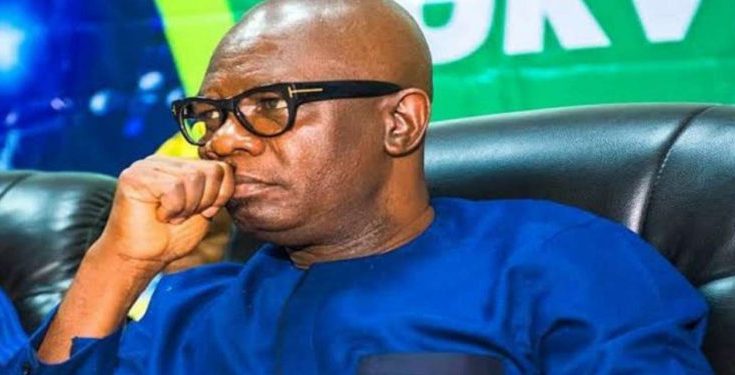 The Ondo State House of Assembly has served a notice of impeachment to the Deputy Governor, Agboola Ajayi.

14 of the 26 members of the Assembly signed the notice on Tuesday, while nine voted against the decision.

Ajayi was accused of gross misconduct.

He resigned from the ruling APC and defected to the opposition Peoples Democratic Party but insisted on remaining in office.

It was gathered that 14 lawmakers supported the impeachment of Ajayi.

There were however heavy security presence at the Ondo State House as the lawmakers were holding plenary.

The lawmakers had resumed from recess on June 6th and placed an advertorial calling on members to resume sitting.

Ajayi in a bid to stall any impeachment move against him quickly rushed to an Abuja High Court where he filed seeking to stop the impeachment proceeding and enforced his fundamental right of association.

Other defendants in the suit were the Inspector General of Police, State Commissioner Of Police, Department of State Services (DSS) and the Speaker of the Assembly, Mr David Oleyeloogun.