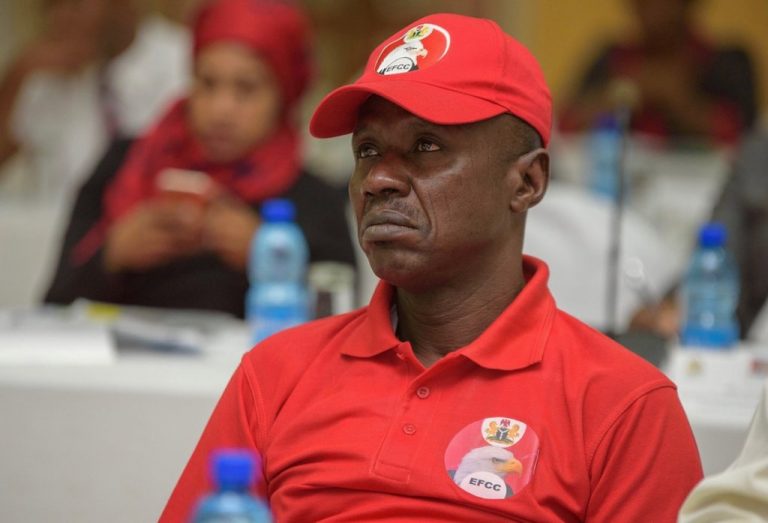 Acting chairman of the Economic and Financial Crimes Commission (EFCC), Ibrahim Magu has been suspended.

Magu’s suspension is coming after a Presidential panel chaired by a former President of the Court of Appeal, Justice Ayo Salami, grilled the EFCC boss for several hours on Monday.

Magu had spent last night in a police cell at the Force Criminal Investigation Department Headquarters in Area 10, Garki, Abuja.

Mouthpiece NGR gathered that Magu was detained at the FCID after the panel grilled him.

The panel was constituted by President Muhammadu Buhari to probe various allegations levelled against Magu following a petition by the Minister of Justice and Attorney General of the Federation, Abubakar Malami, and the Department of State Service (DSS) over alleged re-looting of recovered loot.

The EFCC boss also appeared before the panel on Tuesday at the resumed sitting after which he was suspended as the Acting Chairman of the anti graft agency.