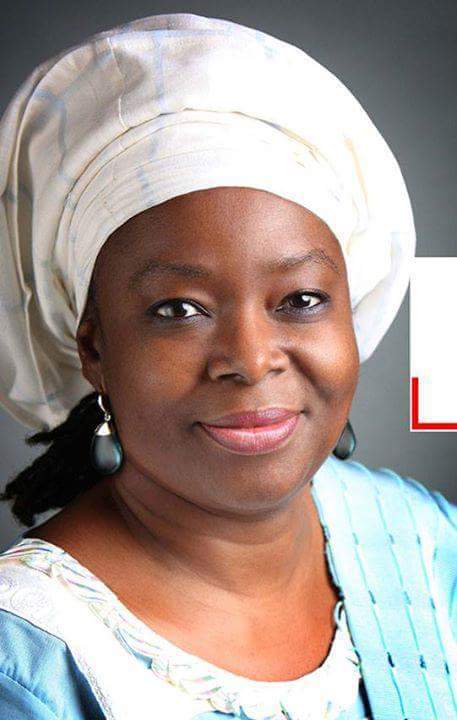 In commemoration of this year’s celebration of Eid-el Kabir festival, the Former minister of the Federal Capital Territory, Hon. Jumoke Akinjide has called on Muslim faithfuls in the state to imbibe the attitude of sacrifice and dedication to prayer.

In her message made available to Mouthpiece NGR on Thursday July 30th, 2020 Hon. Akinjide urged citizens to imbibe virtues of peace, love and unity.

The ex-Minister admonished the people to continue to promote peaceful co-existence, religious tolerance and national unity, among other virtues that will ensure accelerated progress and socio-economic development of the state and nation at large.

Eid-el Kabir is a festival to commemorate the willingness of Ibrahim (also known as Abraham) to follow Allah’s (God’s) command to sacrifice his son.

Akinjide who served as the Special Assistant to former President Obasanjo on FCT matters and later as Special Assistant to the President on G77 matters and Nigerians in Diaspora (NIDO) added that; rapid growth and development will be attained in the State only when individual carry out selfless activities of making sacrifice, while seeking the face of Allah more often.

She condemned the Tuesday Bank Robbery in Okeho community of the state, assuring that Makinde’s government would do everything possible to bring the perpetrators to book.

Akinjide tasked the Oyo State Police command to strengthen the security out fit in the state for safety of lives and property.

Speaking further, she said that the Eid-el Kabir celebration should be an opportunity to pray against the ravaging Covid-19 pandemic that has affected every sector of human existence.

“We need to look beyond the merriment and seize the opportunity of this festival to intensify prayers for our State and the country at large.”

“It is a time to render assistance to the most vulnerable who have been affected mostly by the virus. People should be willing to make sacrifices for the betterment of others” she added.

Adding that the Eid-el Kabir will bring ray of hope as she wishes all Muslims in Oyo State a happy Eid-el Kabir.

She concluded by urging the good people of Oyo state to continue with their support for the administration of His Excellency, Engr Seyi Makinde in his bid to reposition the state and ensure we flatten the curve of COVID-19 at this crucial time.