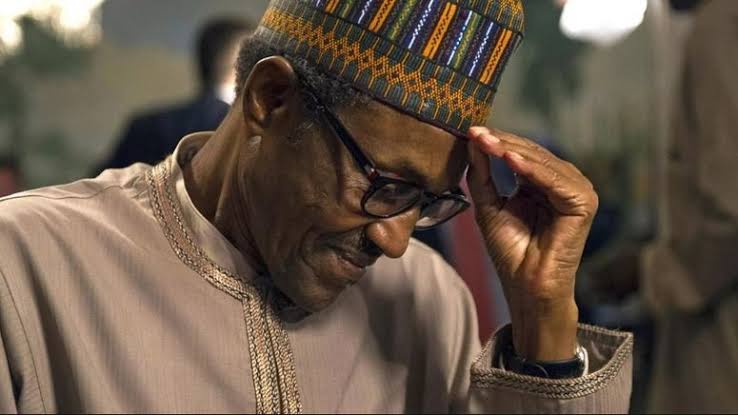 Authorities in the United States U.S may have commenced large scale investigations into the massive looting of Nigeria’s treasury by members of President Muhammadu Buhari’s cabal.

Popintblanknews.com sources at the U.S State Department and the Department of Justice, DOJ, are said to have tracked money laundering activities of Buhari’s Personal Assistant and Private Secretary, Sabiu ‘Tunde’ Yusuf, Senior Special Assistant, Domestic, Sarki Abba, Mamman Daura, and Ismaila Isa and Abubakar Isa Funtua from 2016 to 2019 in the United Arab Emirate and the United Kingdom.

While the U.S is relying on her Mutual Legal Assistant Treaty, MLAT, with the UK, to compile the money laundering activities of the interested persons, they are also said to have invoked the Foreign Account Tax Compliance, FATCA, Act, an agreement entered with the United Arab Emirate, UAE, to commence the investigations.

The investigation of Buhari’s cabal is part of investigations being conducted by the US government over the massive looting and money laundering going on the administration.

Sources told Pointblanknews.com that Sabiu Yusuf ‘Tunde’ have been moving millions to London and Dubai where he is alleged to have acquired choice properties.

However, State Department sources who do not want to be named said that activities of Sabiu ‘Tunde’ Yusuf, Mamman Daura, Mohammed Mamman Daura, and the Funtuas, have caught the attention of the U.S investigators.

According to sources, financial transactions done by the members of the cabal between 2016 and 2019 using banks in Nigeria, London and Dubai have been flagged.

“Properties purchased from funds suspected to have been laundered by the mentioned have been traced in Dubai and London,” a source familiar with the investigation hinted.

Authorities said the most troubling is cash movements linked to Sabiu Yusuf through some proxies to Dubai and London using some first-generation banks in Nigeria.

According to the source, top officials of the new generation banks have helped Sabiu ‘Tunde” and others named in laundering over $800million by disguising its sources in the last five years.

The source said “over N800million has been laundered between 2016-2019 by officials in Buhari’s Govt. Most have been used to purchase choice properties in Dubai and London.”

Recall that Nigeria’s Attorney General of Federation (AGF), Abubakar Malami and Chairman of Economic and Financial Crimes Commission (EFCC) Ibrahim Magu, have been under the radar of the United States government over acts of corruption and rights abuses in relation to the management of the Abacha loot.

Malami, Magu, and other members of President Muhammadu Buhari’s cabinet are being processed for sanctions by the United States.

While it was gathered that Malami pocketed over $250million from the Abacha loots, Pointblanknews learned that the attorney general and Kebbi State Governor, Atiku Bagudu, shared some of part of the recovered loot, claiming that it was commission paid to negotiators.

A case has also been filed in New Jersey, challenging Malami’s huge amount he demanded for a commission from the Abacha repatriated loots.

Pointblanknews can report that the US has invoked the Magnistsky Act on the two government officials and several other members of Buhari’s government.

In 2016, Congress enacted the Global Magnitsky Human Rights Accountability Act, which allows the US government to sanction foreign government officials implicated in human rights abuses anywhere in the world.

A US Senator Charles Grassley recently asked the US government to withhold the repatriation of $320 million Abacha loot to Nigeria citing President Muhammadu Buhari’s refusal to corporate with the US Department of Justice to finalize a second forfeiture action against a separate $100m loot as well as intending to return the money to an official who was involved in corruption with Abacha.

He insisted that it was critical for Congress to understand what steps the US government was taking before it helps to transfer “millions of dollars to Nigeria to ensure that the money is not fueling more corruption and government abuses”.

Grassley who also decried the lack of safeguards the money will be used for what has been agreed upon, also tackled the Attorney-General Abubakar Malami and EFCC acting Chairman Ibrahim Magu, saying under their guidance the Buhari administration has clamped down on anyone voicing opposition to the government.

The lawmaker who chairs Senate Committee on Finance stated this in a letter he wrote to Deborah Connor, who is Chief Money Laundering and Asset Recovery Section of the Department of Justice (DOJ), the US on April 1, 2020.

The senator’s action was in light of a report by Bloomberg on the U.S. government’s resistance to a plan by the Nigerian government to transfer over $110 million to Mr. Bagudu from money stolen from Nigerian treasury by the late dictator.

Sources at the U.S Congress disclosed that a bipartisan committee is under serious considerations to consider reports of “fraud and gross abuse of power and human rights brought against top members of the Buhari’s Government.”