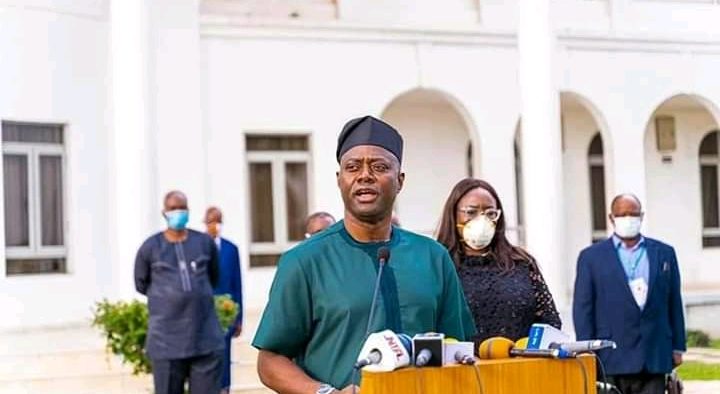 The management of the University College Hospital (UCH), Ibadan on Wednesday denied receiving any amount of money from the Oyo State government to fight Covid-19, Mouthpiece NGR can report.

Oyo state government had on Tuesday informed that it has so far spent the sum of Two Billion, Seven Hundred and Seventy-Nine Million (N2,779,000,000) on the effort to contain the COVID-19 pandemic in the state.

The government gave the breakdown of the expenses as including: N370 million for the setting up of the Infectious Disease Centre, Olodo, Ibadan; N453 million on security of the state borders; N118 million to provide support for the University College Hospital (UCH), Ibadan for partnership on testing; N900 million on provision of palliatives and seedling to residents and farmers.

Reacting to the press release, the hospital in a statement signed by its PRO, Toye Akinrinlola on behalf of the Chief Medical Director, Prof. Toye Otegbayo said “our attention has been drawn to the content of a press release from the Oyo State Government that the sum of N118 million was given to the hospital to fight against the COVID 19 pandemic.”

The press release quoted the Oyo State Commissioner of Finance, Mr. Akinola Ojo as saying the said amount was released to UCH.

We contacted some officials of Oyo State for a clarification on this, but it seems there is a misunderstanding in the difference between the College of Medicine of the University of Ibadan and the University College Hospital Ibadan. It therefore behoves the Management of the UCH to put the record straight.

“We hereby state emphatically that the University College Hospital, Ibadan did not and has not received any monetary donation from the Oyo State Government.

“The Chief Medical Director of the UCH is a member of the Oyo State COVID 19 task force.

“He should know if any money was given to UCH outside the 250 pieces of the PPE given to the hospital.

“All other services rendered to Oyo State by UCH have been strictly humanitarian and no financial benefits have accrued to the hospital.

“The UCH has been able to cope with the rigours of pandemic through donations from the NCDC (an organ of the Federal Government), some corporate bodies, well meaning Nigerians, Alumni associations of the hospital, staff and students of the hospital.

I therefore wish to say once again that the UCH is not in receipt of any N118m as claimed by the Oyo State Government.