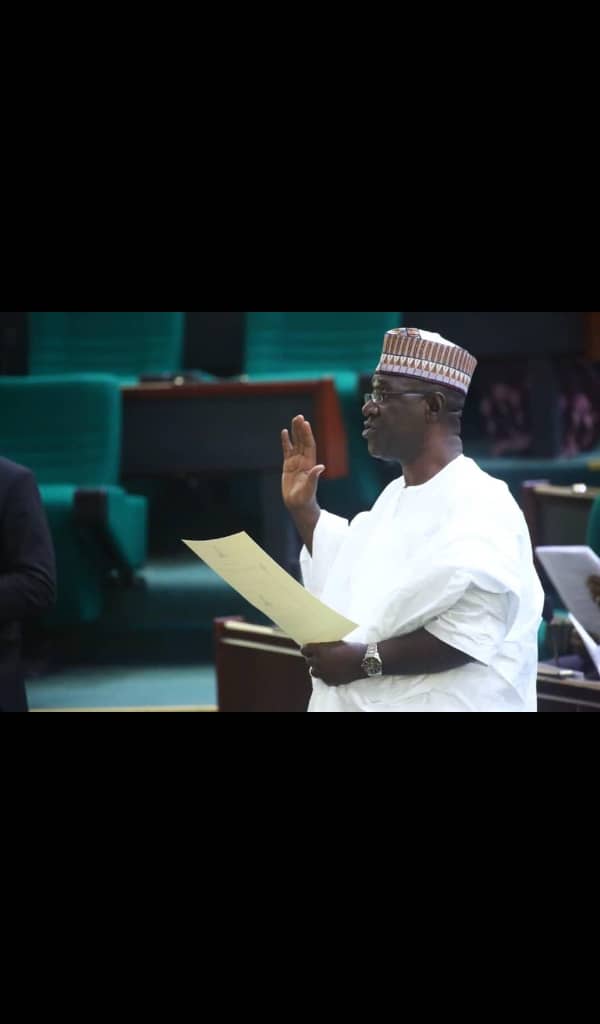 Hon. Lawal jittery and his rejoinder on the publication made recently by Ajaokuta Youth for Good Governance initiative -AYGGI

Just when we thought it’s time for Hon. Lawal Idris Muhammadu member representing Ajaokuta Federal Constituency to sit up and engage on serious and purposeful legislation that would bring developments to his Constituency, the duo has came out once again clearly to validate his previous failure and his intentions to thread on the same path for the remaining 3 years of his tenure.

The above is the little of a supposed rejoinder issued by Hon.lawal through his media slave Prince Yahaya Yunusa where he shamelessly brandished  and credited some skulduggery, umbrageous, untraceable and unaccessible project to himself.

We (AYGGI) and the people of Ajaokuta are not surprised at the Legislators publication, “one cannot give what he don’t have”.

This is a Legislator that has spent 4years in his first tenure plus 1years in his second tenure at National Assembly but still haven’t known his way to lobby for Federal appointment and dividends to the constituency which he represent and still cannot use our constituency allowance to develop one Local Government that is lucky to stand on it own as Constituency.

One of the claims the Lawmaker made and pride as being an achievement is the unfortunate and pathetic road leading to Ajaokuta native town, the Lawmakers home.

The supposed road project which should be tarred to immense his people’s gratitude and God pleasure is still in a sorry situation as the said road till date is still not motorable both in dry season and raining season because the lawmaker handed over the construction of the road to fake and unguinene company, possibly because of the cheap nature of the quotation given to him for the execution of the kangaroo project.

It will interest you to note that, Ajaokuta village road is not only the only road that requires Hon. Lawal’s attention.

Adogo, Akpanko, and Ineyere roads are Federal and Community roads promised to be completed by the lawmaker during his electioneering campaign and none is attended to by the lawmaker till date as he’s showing no interest in the afformentioned roads.

Another, area where Hon. Lawal claims to have scored amazingly which he shamelessly applouded himself is the area of Employment and Empowerment.

Hon. Lawal claimed to have facilitated and secured  job for youths across 14ward of Ajaokuta Federal Constituency, we want to categorically state that it’s a pure fallacies concocted to gain sympathy of his apologist and those who are not in the know of his incompetency and lack of foresight. Unknown to him that Youths are now informed and can no longer be mute for his audio projects nor bend for the obvious truth. It’s now clear to the world that, Hon. Lawal has no interest of the poor masses at heart.

His claims to be a business mogul is fake as all he’s after is to enrich himself, build companies across the cities in Nigeria with our Constituency entitlement.

However, we at AYGGI has entertained Hon. Lawal incompetency and dishonor enough and would not stop in calling him out until he see’s our agitations worthy. We won’t stay and watch him waste the remaining 3 years without something substantial and tangible to show for it.

We’re also using this opportunity again, to call the attention of His Excellency Gov. Yahaya Adoza Bello and the entire Stakeholders of our party APC, to as a matter of urgency call Hon. Lawal to order and let him know that, being a lawmaker is accompanied with lots of responsibility and hopes of turning things around positively for our people.