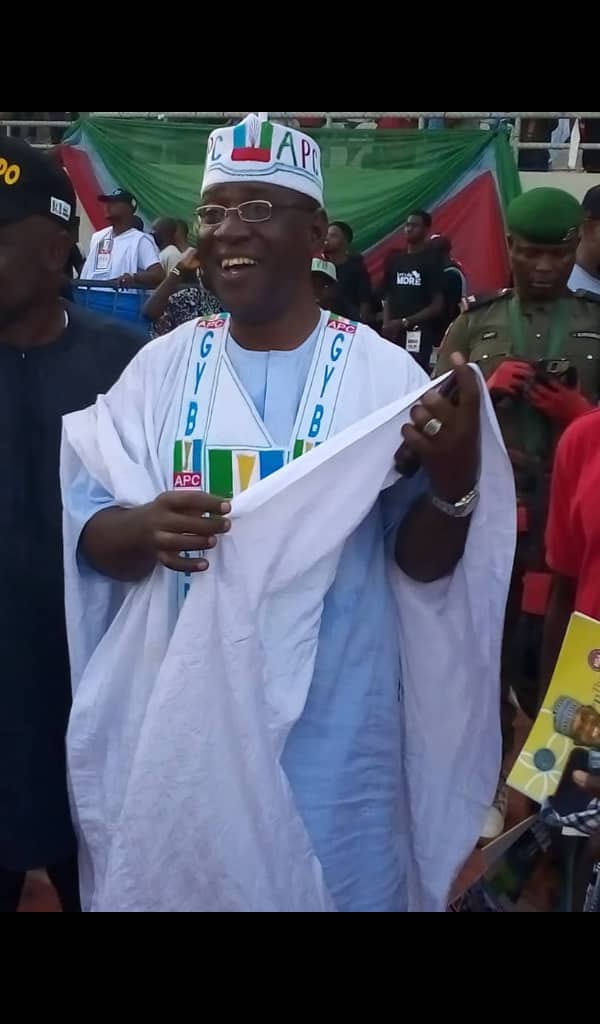 It has come to our notice that the Media office of the member, Representing Ajaokuta

Federal Constituency, Hon Lawal Idirisu, is describing our noble and prestigious call to accountability of the house member Hon Lawal Muhammadu Idirisu as jobless, and based on opposition.

We want to categorically state that, Ajaokuta Youth Resuscitation Group is an organized body of learned and concern youth of the land who’s aiming at nothing other than the development of our father land (Ajaokuta).

According the group’s director of publicity, Comrade Audu Abashi, he stated that the assumption and allegations going round the media that the group is under sponsor is totally and completely not true.

He described the rumors to be fallacies born out of wickedness and hatred for the group because they are fighting for the voiceless commoners and dividend of good representation to the people, he urge the public to ignore such rumour as it is unfounded.

In another statement, Muhammed Abdulwahab describe the House of representative member (Hon Lawal) as a desperate and greedy leader who syphoned the constituency allowance and other national dividends into his  business instead of catering for the poor masses that voted him.

The interest of the masses is nothing to him but his business, that’s why he kept building ceramics companies in almost all the states of the federation using the money meant for the development of Ajaokuta federal constituency.

In an unjust society, silence is said to be a sin, prosperity will not forgive us if we watch him drive Ajaokuta federal constituency to a state of comatose. As member of the same constituency, who want nothing but the best for the land,  it will be very disastrous and unjust if we keep quite about it. We hold the masses in high esteem and we believe infrastructural and human development, that’s why we have decided to voice out.

It might interest you to know that the Hon Lawal Muhammadu Idirisu has spent five (5) uninterrupted years in the national assembly, and there’s nothing to show for it as the decaying state of the constituency is alarming.

No single project to show for it, not even a single kilometre death trap called road that lead to his village, Ajaokuta Native Town (Ajaokuta Village).

It is on this note we call on his Excellency Governor Yahaya Adoza Bello and other well meaning Nigerians to come to our rescue before it will be too late.

If Hon Lawal is allowed to continue with this recklessness and embezzlement of the funds meant for the development of our father land, it shall come to a point that history will have it that “there was once a constituency called Ajaokuta” but was later bankrupt and sent Into extinction by a greedy politician because of the silence of the good people.

The people of Ajaokuta has never had it so bad this kind of clueless and misanthropic leadership style. While the good people of the constituency tried to speak up, he employed some jobless and educated illiterate called “data boys” to be raining courses and insults of whoever dare speak the truth, despite this mischievous leadership style, the true position of land is clear and open to the greater majority of the people.

We therefore urged the good people of Ajaokuta to bear in mind that these people are clueless, barbaric, wicked, and has nothing to offer but audio projects on social media to gain cheap popularity and recognition.

One of the member of the group said, Hon Lawal Muhammadu Idirisu who claimed to be a philanthropist of repute and a business Mogul, is nothing but a petty tyrant who’s aim is to unleash his greedy venom on the people and make them lose focus, concentration and hope in the government of his Excellency Governor Yahaya Adoza Bello.

According to him, the achievements of Hon. Lawal are all audio and no single project is visible to be seen.

Their acclaimed numerous projects ranging from empowerment, community projects and job slots are fake and untrue and it should totally ignored by the general public.

We call on the good people of Nigeria to pray for Ajaokuta as Hon Lawal Muhammadu Idirisu is set to lead Ajaokuta to the land of no return.