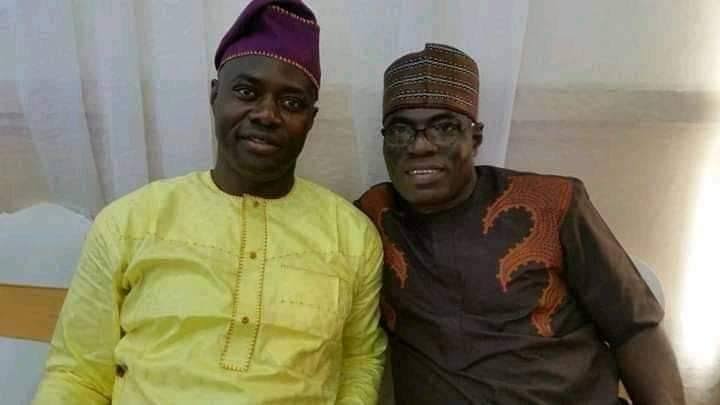 The Chairman Disciplinary Committee of the park management system (PMS), Alhaji Lamidi Mukaila (Auxiliary) has described the recent statement of Alhaji Adebisi Olopoeyan on a radio satiation as malicious remarks on Governor Makinde.

Olopoeyan, a PDP Chieftain in Oyo state had on a radio station open “Can of Worms” while expressing his dissatisfaction about Governor Makinde and his government’s lack of thought and attitude towards party members.

In a statement made available to Mouthpiece NGR on Tuesday, the PMS Chairman said Alhaji Olopoeniyan’s remarks on Makinde is malicious, unfounded and belligerent.

Auxiliary who asked Olopoeniyan to pull down his messy statement vehemently refuted the statement that Governor Seyi Makinde may not be reelected in 2023 because he has neglected the structure that brought him to the state power.

The PMS disciplinary chairman claims that GSM has never forsaken the party secretariat nor the party leadership as he made reference to the recent meeting the governor had with the party faithfuls at Molete office. He went further to say what is due to every party member is well taken care of.

Auxiliary disclosed that the governor is for the entire state and partisanship is over that’s why GSM is focusing on his roadmap of accelerated development agenda for the state. He then asked who’s Olopoeniyan? What’s his standing in the government? What was his contribution in the last election? Is he not the one that almost truncated the electoral polls of Senator Muhammed Kola Balogun (MKB) and other victorious candidates of the party when he convinced and confused the stooges like him to vote opposition candidate? Is he not the one that the then PDP gubernatorial candidate Engr Seyi Makinde satisfied with everythin and yet remain disgruntled?

The PMS helmsman said the machinery has been put in place to reconcile with anyone/everyone who is disaffected by this government especially as the governor has rolled out numbers to call and give the feedbacks to him on any area to improve upon. Be that as it may, why would someone like him who has benefited immensely from the magnanimity of GSM to criticise and beat the fingers that feed him!

Auxiliary further urged the good people of Oyo State to continue to support His Excellency towards achieving greatness for the state during an interview with Mouthpiece NGR and Other news men in his Podo office, New Garage, Ibadan.

He warned Olopoeniyan to desist from misleading people about the good work of GSM government as he pointed out that he lacks every moral justification to accuse and condemn this government.