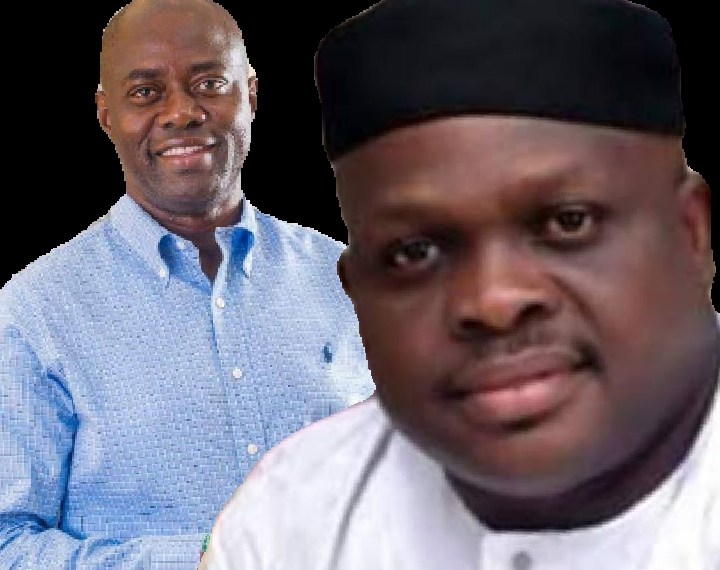 The Association of Local Government of Nigeria (ALGON) in Oyo State has asked the Economic and Financial Crimes Commission and Independent Corrupt Practices and Other Related Offences Commission (ICPC) to investigate the local government fund allocation accrued to the state since the present administration led by Engr. Seyi Makinde came into office one year ago.

A statement signed on Tuesday by the association’s chairman, Prince Ayodeji Abass-Aleshinloye, alleged that the state government is engaging in what it called  systemic looting of local government funds.

According to Abass-Aleshinloye: ” Recently, Governor Makinde alleged that he dissolved elected  local government administration because of corruption. And in his imagination, over N10bn had been saved since a year ago when he illegally dissolved the council. The governor lied. He did not only lie on the allegation against ALGON, but on the accumulated local fund which he deliberately under disclosed for inherent  corruption purpose.”

He added: “The governor claimed that the LG account  now has a combined total of N12bn  balance. That was a lie, he was only trying to play smart.All the 33 LG and 35 LCDAs can never  have such meagre balance in the  account even if we didn’t leave any money in JAAC in May 2019.

“The governor  has been claiming that  he is borrowing money to pay primary school teachers and LGA staff salaries, how come he is claiming N12bn? The N12bn tale is better told to the marine.

“We hereby call on the EFCC and ICPC to investigate Oyo State local government fund allocation  and how the governor and his illegal local government caretaker committees have been fiddling with the local council fund.”

Abass-Aleshinloye, who narrated everything that transpired  between ALGON and the Makinde-led government in the last one year,  said the objective of ALGON’s  legal and political battle against lawlessness of the state government is to preserve grassroots democracy, defend the rights of the people to freely choose their leaders, good governance at the local government level, adding that  Nigeria is not a jungle country where might and not law is the rule of engagement in inter-government relations.

” Democracy thrives on the principle of rule of law and separation of power.

“Section 8 of the 1999 Constitution vests on the legislature at the federal and state levels the power to create Local Government. The essence of Local Government creation is for effective administration of the grassroots.

“Perhaps, for his inexperience in constitutional democracy, or fresh gubernatorial excitement, arrogant abuse of power or being misled or a combination of all, Gov. Makinde decided to trample on the constitution he publicly swore to uphold and defend less than 24 hours he assumed office by illegally dissolving the  popularly elected 33 local council and 38 development areas.

“This illegality, absurdity and ludicrousness defined his government from the onset till today.

“But Instead of being sober and quickly revert itself, the state  government went on a lying spree to muddle a clear cut case in order to confuse the public, but time and revealing  facts have exposed the insincerity of government and put it to shame and public opprobrum in the past one year,” Abass- Aleshinloye said.

He further stated that ALGON will continue to defend democracy and rule of law at the grassroots, noting that judgement in the appeal filed by the state  government against the subsisting court order restraining the governor, House of House of Assembly or anyone from dissolving elected local government will be delivered very soon.

“We eagerly look forward to judgement and justice in line with the spirits and letters of the subsisting precedent judgment of Supreme Court of Nigeria on a similar case in Ekiti State,” the ALGON chairman added.