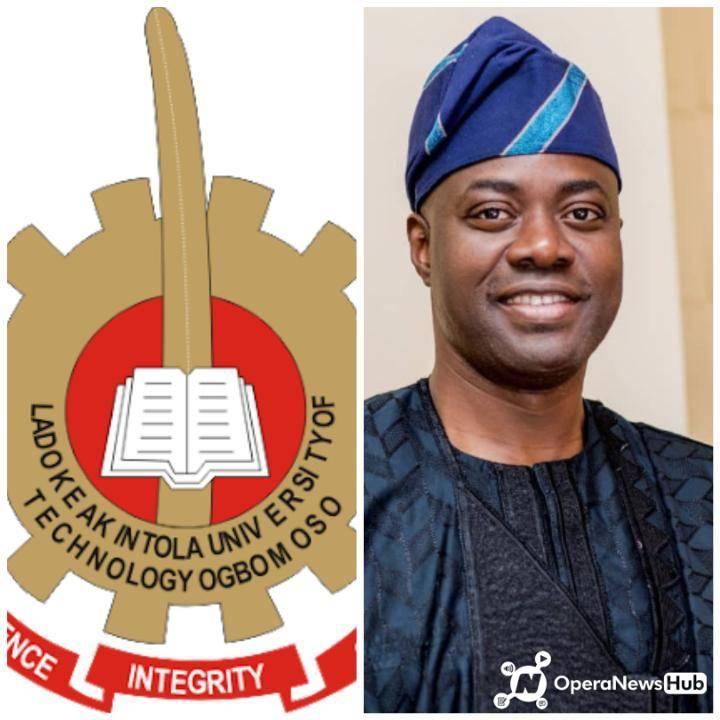 Mouthpiece NGR learnt the PDP spokesman was wrongly quoted while featuring on Yemi Sonde Live Programme on Splash 105.5Fm Ibadan on Tuesday during the critical and objective analysis of Governor Seyi Makinde’s administration in the last one year in the state.

Reacting to the statement, Engineer Akeem Olatunji said, “It is mischievous and total falsehood for anyone to insinuate that we at Oyo State PDP could be suggesting the end result for an action that is still on course, probably it exists in the warped imagination of the Oyo State APC who are looking for all avenue to sabotage Governor Seyi Makinde’s led PDP efforts at restoring LAUTECH to her prime position among reputable universities in Africa”

Olatunji explained that both Oyo State and Osun State Governments have set up high power committees to resolve the ownership tussle on LAUTECH with NUC serving as mediator but the current Coronavirus pandemic is putting all efforts at resolving it on hold.

“Nothing can be achieved until the end of the Covid 19 pandemic ravaging the entire nation and world at large.”

The Oyo State PDP spokesman had on Splash FM reiterated that the Committee set by Oyo State and Osun State over the smooth transfer of the joint ownership of school to Oyo State alone would have concluded modalities on how to fast track the process.

He noted that National Universities Commission (NUC) was carried along in the process to ensure that all grey areas were attended to.

“The era where students spend more than 10 months at home due to incessant strike the school was known for will be the thing of the past once Oyo State take over the school.”

“Ever since Governor Seyi Makinde came on board, staff of LAUTECH were receiving their monthly salaries on or before 25th of every month.”

While responding on the 40billion naira loan acquired by Oyo State Government in the last one year under Governor Seyi Makinde, he revealed that the loans have been attached to specific projects and as such there will no room for siphoning of funds.

He specifically emphasized that the last 20billion naira loan obtained by the State waw attached for construction of Bus Terminal in three different locations in Ibadan, the state capital.

In the wake of the development, Do you think taking over of LAUTECH will scale through?

Immediate past Governor Abiola Ajimobi made similar move, it failed.

Can Governor Seyi Makinde achieve this?