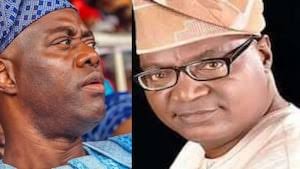 FRESH facts has emerged about the cause of the death of the late Kehinde Ayoola, former commissioner for environments and natural resources, Oyo state.

A government source however revealed that the deceased became ill penultimate Friday during a meeting and had to be excused to see his doctor.

“It was about two weeks now that he was admitted and was responding to treatment until few hours ago,” said the officer.

Another family source pointedly said, “our brother died of cardiac arrest. He wasn’t aware of any heart problem over the years until few days ago.

“We are mourning the passing of a great man and breadwinner. Egbon (Brother) Kehinde Ayoola was a wonderful family man.

“We are working towards moving his corpse to a morgue now. We have lost a father figure and patriotic citizen of the State,” he added.

Governor Makinde in his condolence message said, “I received with deep sadness, the news of the death of my dear friend and colleague, Rt. Honorable Kehinde Ayoola. Up until his death this morning, he served as the Honourable Commissioner for Environment and Natural Resources in Oyo State.

“He was a loyal friend with a dedication to duty that cannot be questioned. He will be sorely missed for his great oratory skills and his love for the people of Oyo Town and Oyo State.”

“May his soul Rest In Peace”.

Akpabio is Natural Leader of APC in Akwa Ibom State